This month’s app review will be taking a look at the 4 Chord App by Musopia. OK, so first impressions of the app are great – namely the price. I’m not sure that there can really be any complaints for an app that costs absolutely nothing, but to be a truly stand out app it needs to offer something truly spectacular – irrespective of price.

The interface of the app is relatively sleek, and the bright colours and clear navigation make it a treat to manoeuvre through. From the main menu you are offered three options: select a song, recordings and tuner.

The select a song option is exactly what it states. There are apparently (I haven’t counted) 50,000 songs to choose from, some of which could be considered great classic guitar driven choices, and other inclusions are in the vein of One Direction and Kylie Minogue – odd choices for a guitar app. Within here you can click the play button to be taken into that particular song, or are suggested a number of different song packs that you can work through, which is a nice touch, particularly if you are looking to learn songs of a genre that you aren’t too familiar with. 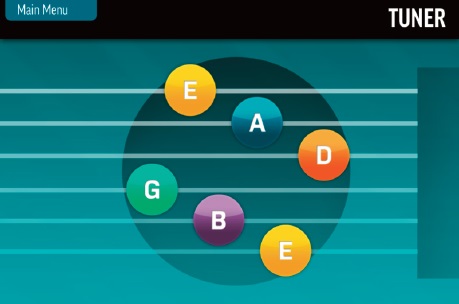 Once a song has been selected you will be taken into the main window of the app, which shows the different chords used within the song, which demonstrates the open chord shapes and power chord shapes – helpful for the true guitar novice. Once you hit the ‘Let’s Go’ button you’ll be taken to the Guitar Hero-esque scrolling screen. If you’re struggling with the chords you can also click on the chord name and it will play that chord. Not a mind blowing feature – but helpful. There is a relatively simple tempo track to keep you in time, and you can see the next chord that you will need to play come up on screen. My only criticism of this is that you only get a 30 or so second preview of the track, and then you are prompted to purchase the full version of the pay for tracks which aren’t particularly cheap, especially considering that you will not even be learning the actual chords for the song, just a stripped down 4-chord version; but the free tracks for now are adequate. 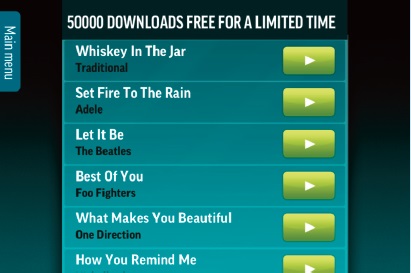 The next step down in the main menu is the recordings option, which allows you to (again, like it says) store the recordings of the tracks you have played. However, without the use of some external hardware you will simply be using your iPad or iPhones internal microphone, so really serves no more purpose than the voice memo app that Apple kindly provide for free when your purchase your iOS device.

The last feature of the app is the tuner, which is in reality is of no help to a novice guitarist as they  may struggle with tuning an instrument by ear, and if this app is not for beginners I’m not really too sure who it would be aimed at? To be truthful, to someone who is not yet comfortable with their instrument, this tuner serves little more purpose than a label for what you would tune the strings to if you have a tuner. 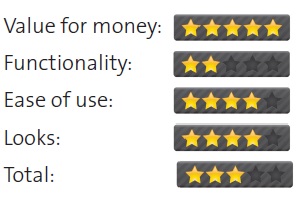