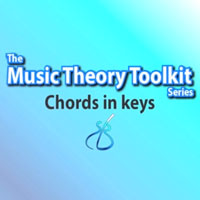 Why should you learn guitar theory?

Many guitarists shy away from guitar or music theory, either because they feel they don’t need it, or because it doesn’t appeal to them. This is understandable to a point, as many guitarists can get by with what they already know. Others may avoid learning about theory, because they don’t like the idea of obeying musical ‘rules’.

The truth about music or guitar theory however, is that there are no rules. Music theory essentially a very well-organised system of naming and describing the mechanics of music and how it works. The exact same names and principles apply to all musical styles whether you play rock, pop, classical or jazz. Whether a guitarist is aware of what they are doing or not, what they play can be precisely described in terms of theory.

OK, but what is the benefit of learning music theory?

Let’s take a simple example. To a guitarist that is not familiar with music theory, the following two chord progressions may appear very different:

They are both, however, what is known as I vi ii V chord progressions. They both use the first, sixth, second and fifth chord in two different keys. The first in the key of C; the second in the key of Eb. Being aware of this is very useful. Once we know what key a chord progression is in, we can use a little more theoretical knowledge to choose different approaches to soling or composing melodies over these chord progressions. We can use the major scale that the chords come from, we can use pentatonic scales, we can target each individual chord by using arpeggios. We can take things further still by choosing notes, arpeggios and scales that do not come from this key but which we can predict will work well. All of this and more is at our disposal with a basic understanding of theory. With no theory knowledge, life is far more restricting and confined to what we can already do or the more risky option of guessing at scales and note choices!

I am a big advocate of learning about music theory, even for only moderately advanced students, and the most important step is to learn about major scale harmony. With a basic understanding of major scale harmony you can identify chord number and keys by thinking your way around the major scale. The more you practice this skill, the easier it becomes. If you have an Android phone you can download my application ‘Music Theory – Chords in Keys’ which teaches the basics of major scale harmony and tests you on naming all the basic chords in all 12 major keys.

Apart from benefits already mentioned, the language of music theory allows musicians to communicate with other musicians in a universal language, regardless of their instrument. This can be crucial either on a gig or in a writing session when information or ideas need to be shared efficiently and clearly.

Playing by ear and understanding music theory is not an either/or relationship. Learning the theory behind what you do will only enhance your skills as a musician. Whatever stage you are at in your playing and whatever your musical ambitions, I encourage you to be open to learning about music theory. You will lose nothing and stand to gain a great deal.

Stuart is a professional guitarist and guitar tutor in London, England, and is a member of the National Associations of Music Educators.