Guitar Greats Brian May Brian May

The Sound & Style Of Brian May 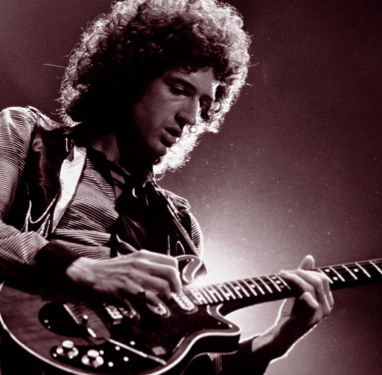 Brian May has written some of the most memorable riffs in the history of rock music.

Mr May not only brought a unique homemade guitar to the table but a playing style that was just as quirky. He only every played to add to the song and with solo’s such as those in ‘Bohemian Rhapsody’ and ‘Crazy Little Thing Called Love’ it is easy to see why he made a name for himself.

What made Brian so distinct was his use of gold plated strings and a sixpence for a plectrum; this coupled with the switching system on his ‘Red Special’ guitar make for some very recognisable tones.

Brian liked to crank 3 Vox AC30’s right the way up in order to achieve natural Overdrive and boosted this further by using a treble booster pedal to push them into singing sustain. By varying the touch with his sixpence he could coax so much from such a simple set up, so be sure to switch between digging in hard or barely striking the strings in order to achieve a multi-tide of sounds like Mr May.

We should pull focus to the ‘Red Special’ Guitar; Brian built this with his father out of an old fireplace and a bicycle and it is a work of sonic art. What it has that some of us mere mortals don’t have is a around 6 different switching systems for 3 single coil pickups, so we must do the best that we can with a single-coil equipped guitar or sorts. Have no fear though, because Brian May is all about playing the simple things well and with conviction….

Licks In The Style Of…