The Sounds & Style Of Derek Trucks 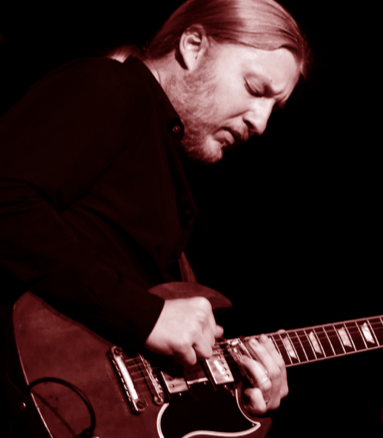 Slide guitar… there’s no one better than this Truckster.

Derek Trucks started playing slide at the rip old age of 10 years old purely because he hands were too small to reach round the guitar neck. From that point he went on to play with Joe Walsh, The Allman Brothers and Eric Clapton to name but a few. Trucks’ style is very unique in the way he can coax almost any sound from his interment with a slide; he often creates lines influenced heavily by Indian music as well as drawing from the original delta blues folk and players such as Duane Allman and Sonny Landreth.

Derek uses Gibson guitars for the majority and employs a 61 SG as his main guitar but has been seen with Les Pauls and Firebirds. He plugs these straight into Fender Twins or, more recently, PRS amps and then brings more overdrive into the mix by using the guitar’s volume

knob. The reason for his amp choice is so he can get a relatively clean sound for clarity. Very rarely will there be an overdrive. Trucks’ will use a wah occasionally to add another dimension to his tone, and it is worth pointing out he doesn’t use a plectrum at all; he prefers to have complete control over his strings so this way he can almost create any nuance-slide or no slide-with his fingers by flicking, slapping and pulling.

Time to go to the river…