The Sound & Style Of Zakk Wylde 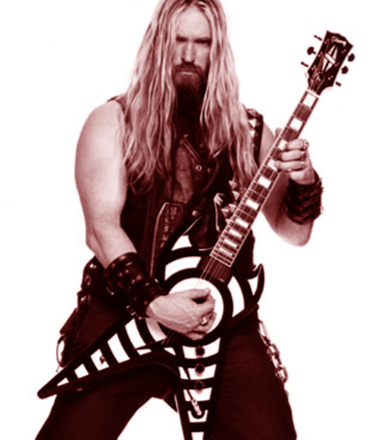 Mr Wylde had more than a slight similarity to the late, great Randy Rhoads; the bell-bottomed jeans, the flowing golden hair, the white Les Paul custom…

All that though was soon forgotten when Zakk had the now synonymous black bullseye graphic placed upon his steed and shredded his way out of the 80’s. Wylde brought back the sounds of his idols in the form of classic riffery, stinging solo’s and signature sound; it was a new guitar hero for a new guitar generation and he seized the opportunity like a dog with a bone.

ZW is a ferocious alternate picker and often uses nothing but said technique, however, this singles him out as one of the most recognisable players in rock; coupled with his astonishing 3 fret-wide vibrato. There is no-one quite as scary as a 6ft giant with technique such as this…

Zakk’s sound is very much a tried and tested combo; Les Paul guitar into Marshall Stack. However, there are a few tweaks in between that really make it ‘sing’. Zakk uses EMG pickups which are active (9v battery powered) which add compression to the natural sound of the guitar, and from there it goes into a few well chosen pedals; first is a signature wah wah pedal which is voiced to Wylde’s specs (boosted treble and Les Paul specific), then into a rotovibe pedal (which is a?controllable chorus pedal in a wah housing).

From there he goes into an Overdrive pedal to push the already crunchy amp into sweet sustain for leads, followed by a phaser and a?chorus pedal split into stereo (divided across 2 amps). All these are used very sparingly but in?exactly the right spots.

Time for some classic metal skulduggery!

Playing in the Style Of…