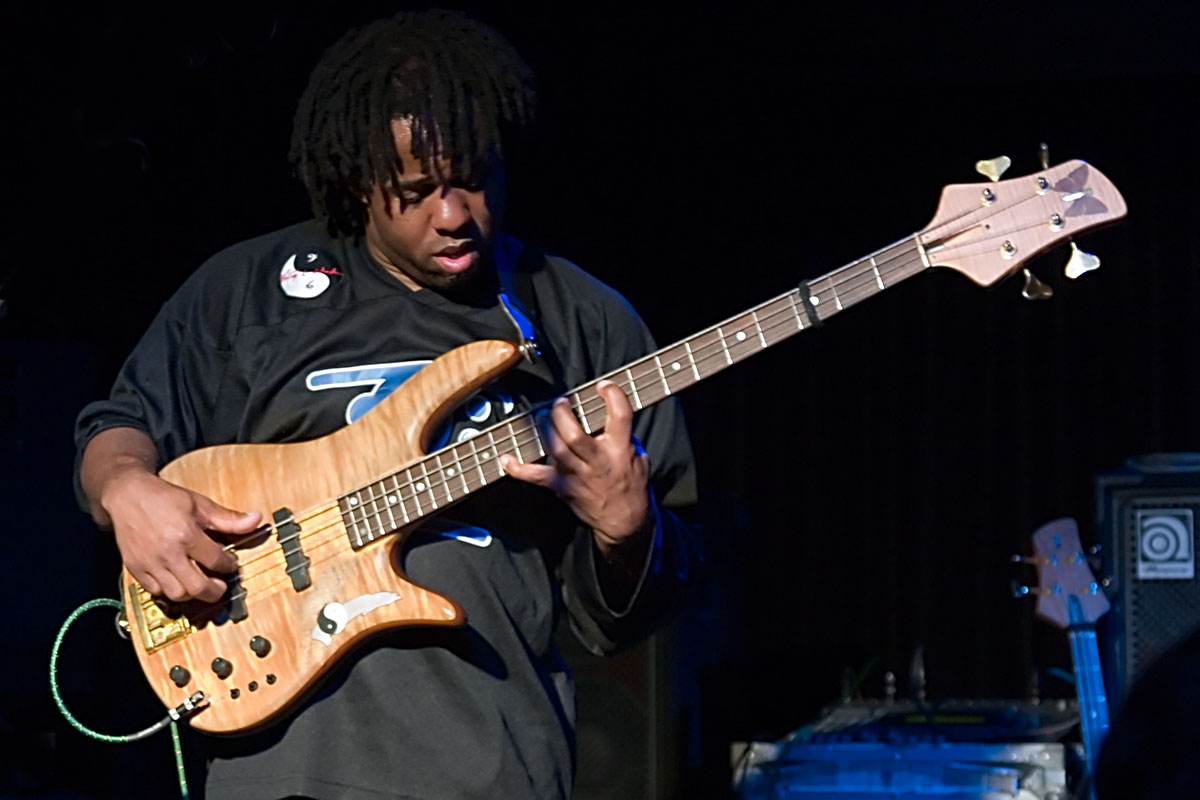 Let’s look at what guitar improvisation isn’t and is.

Guitar improvisation isn’t some ethereal realisation that all of a sudden you’re playing something you’ve never played before … sort of. So anyone who is looking for those ‘touched by the hand of God’ moments, don’t waste your time chasing that rabbit down a black hole.

‘Anyone who is looking for those “touched by the hand of God” moments, don’t waste your time chasing that rabbit down a black hole.’

But if you’re willing to think about improvisation for what it is, you will have many epiphanies. And you can pick and choose how to label them.

If you think of it that way it makes so much sense. You are playing all the licks, phrases, parts of solos, scales, arpeggios, chords, space … whatever you have learned and can access that seems appropriate or inappropriate at that moment.

What does that sound exactly like? Conversation! That is exactly what it is. And what is conversation? Communication.

And what is one of the main things you always hear and read people talking about as far as music is concerned? Communication.

In fact, how many things do you just play without thinking? How about the ‘Johnny B. Goode’ intro? Or the fast triplet figure at the end of the ‘Stairway To Heaven’ solo? Or the ‘Don’t Fear The Reaper’ intro? Anything that you do, and chances are, are very sick of, and don’t care if you ever play again. Anything like that is a perfect example. And these things are important, you need them.

‘Conversation! That is exactly what [improvisation] is. … In order for there to be communication, there must be a certain amount of understanding (recognition) on the receiver’s part.’

Now you may think, yeah, but that’s not very spontaneous. And you would have a point to some degree. But it’s necessary for listener recognition.

In order for there to be communication, there must be a certain amount of understanding (recognition) on the receiver’s part. It doesn’t have to be a complete understanding, but some.

That’s why you play simple licks. Or start a solo slow. It allows the listener to get on board and hear what you have to say.

This is not to say that every solo you do should start slow. But as a general rule, you want to give the listener something to grab and hold on to in a solo’s opening.

Now you’ve set up a base of operations and you can go further out in your explorations. Then you can return and go away, over and over as much as you need.

‘Give the listener something to grab … in a solo’s opening. Now you’ve set up a base of operations and you can go further out in your explorations.’

Other reasons for playing simple licks and phrases are to modify and tie things together. And to modify the modifier. Think of pronouns, linking verbs, adjectives, adverbs and prepositions. I always emphasise playing very simple things and working your way to more complex passages. This brings the listener along.

I’m sure you get the idea. The main idea of the three words takes on different meanings depending on your usage of the words, phrases, and other rambling around those three main words.

‘[Play] very simple things and [work] your way to more complex passages. This brings the listener along.’

To me, it is fascinating the parallel musical improvisation has to regular speech.

Which of the three supermarket sentences sounded the best? It’s a subjective judgement. But it’s probably a lot smoother to ease into a conversation with one of the first two sentences rather than the third one.

That’s how it is with improvisation. Think about how you want to introduce what you’re about to play, to set everything up for the listener.

Improvising when the Pressure’s On

If you’ve ever been excited about asking out a girl you liked (or a guy, we’ll stick to girls here to keep things simple), chances are you ‘rehearsed’ a line or two so that the next time you saw her you could get smoothly and cleverly (maybe, without being stupid) to the point of asking her.

Now when the pressure was on, you may or may not have changed the delivery of how you practiced it. Maybe adrenaline got the best of you or she was with a group of people. It depended on other things happening in that moment. So you adjusted, you spontaneously reorganised, your thoughts, plan, whatever.

‘The more you are prepared for any situation, but most specifically the adrenaline situation, the better off you are.’

The more you are prepared for any situation, but most specifically the adrenaline situation, the better off you are. The more natural and smooth all the points you are trying to make come across, the better chance you have of getting that girl to say yes to you.

It’s the same thing with guitar improvisation. You want to play well and feel like you’re doing something worthwhile. So the adrenaline kicks in. You have to be ready to handle that.

Having a firm grasp of your vocabulary – licks, scales, arpeggios, chords, etc. – is the key. And that comes from aim-directed practice.

Learn to think of your breath while you play. Keep your mind on your tone. And practice all the clichés. They are clichés for a reason, because they work!

Believe me, as time goes on and you keep at it (and that is the key) you will develop a way of using the clichés and all the other things you do in your own unique way. Just as you speak in your own unique way, you will play in your own way. But you can cite your influences easily, and that’s OK. Because we all play the same things, and that is good, even though there is a school of thought that doesn’t agree with that. That’s fine, but good luck with that … my opinion.

‘Practice all the clichés. They are clichés for a reason, because they work!’

Listen to any great player and you will hear who they listened to.

It’s what is in your immediate environment that you will imitate when learning speech and speech patterns – parents, siblings, TV, radio, etc. Learning to improvise is the same thing. Treat it that way.

Look at your guitar improvisation skills as a child whom you are teaching to speak. But you have the advantage of guiding that child and keeping its mindset the same forever. It won’t start talking in a way you don’t care for after 16 years because it’s you, not someone else. So you really have a chance to get it right.

He said he learned to play AND improvise at the same time he was learning to talk, obviously at a very young age. Playing/improvising and talking were the same thing to him, a completely natural development.

‘Victor Wooten … learned to play AND improvise at the same time he was learning to talk … It’s almost impossible for him to play something wrong because it is so completely embedded in him.’

Think about that. It’s exactly what I am writing about here. He learned to spontaneously reorganise his words at the same time he learned how to play. It’s almost impossible for him to play something wrong because it is so completely embedded in him.

For us mere mortals to approach that type of mindset, we must practice a lot. I suppose that’s putting it lightly. But the point is to get to a place where you play just as you speak. Use your vocabulary even if you think it’s old, worn out, too simple and on and on.

Remember, something complicated is just a bunch of simple things stacked on top of one another. Work on learning simple things and put them together differently. Think about a point you’re trying to make and make it happen with what you have.

We can get across almost any idea to one another using very simple language. Think that way about playing. Hear it, be it, see it, taste it, feel it. 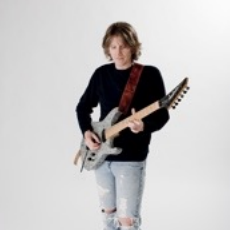 Tom Yoder is a FretboardZen instructor living in Harrisburg, Pennsylvania. He is a G.I.T. graduate and was a Coastal Carolina University instructor for 20 years.

Tom is also a two-time Independent Music Awards winner. He teaches privately, both in person and via the web, performs solo and in his band The New Rotics, and writes, produces, records and engineers his own music. And he does session work via the Internet and in person for anyone who will hire him. He is Apple Certified in Logic Pro X and Avid Certified in Pro Tools.