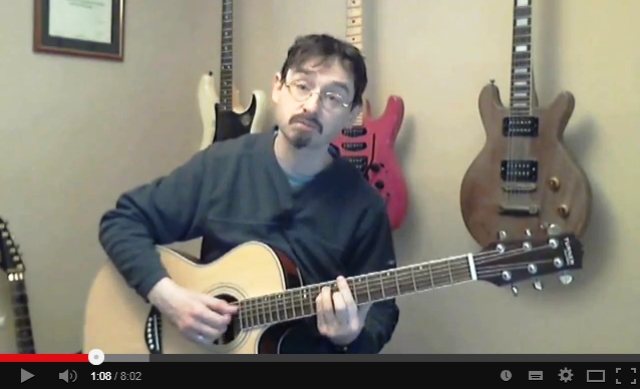 When we first begin learning guitar, we usually start by learning the basic major and minor chords – made up of root, third (or flat third) and fifth degrees – and these form the basis of our chord vocabulary as we progress.

I remember when one of my friends first showed me how to play power chords – it felt incredibly liberating, allowing me to break away from what, at the time, I regarded as boring traditional chords. I now knew how to play chords like my rock guitar heroes. 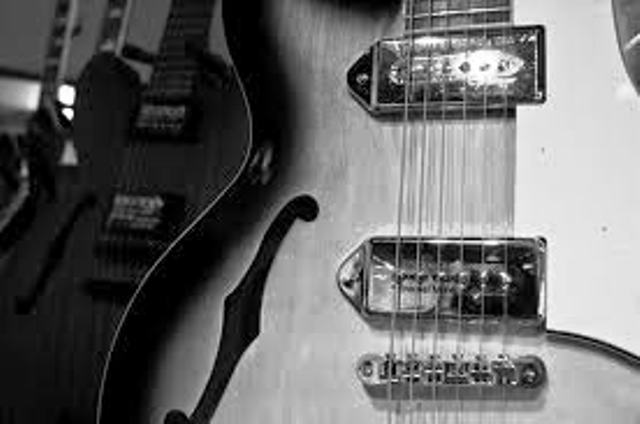 If you’re a hard rock player  then you’re probably no stranger to the power chord. This is an incredibly useful yet very simple combination of root and fifth degree that is an essential part of pretty much any guitar player’s chord vocabulary.

Never forget those “boring” and “traditional” chords though – with them you can add a greater diversity of sound to your playing than you ever could with just power chords alone.

Taking that thinking further, what about the other types of chords? There are a lot of them, and each type of chord has its own distinctive sound. For example, you could take a C basic major chord and add a 7 degree to get the C Major 7 chord which still has that “major” voice but has a distinctive “seven chord-ness” to it as well.

And that’s just one example. You can extend chords further (e.g. 9, 11, 13 chords), swap notes in and out (e.g. sus2, sus4 chords), and so on. Each type of chord has its own particular sound, whilst retaining the core harmonic characteristics of the basic chord that it’s derived from.

I don’t have enough space here to go into the music theory behind chord construction, but I would recommend that you do some further reading if you aren’t already familiar with the theory behind how guitar chords are constructed. Understanding why chords contain the notes that they do, and how they relate together, is vital if you want to get the most out of playing your instrument.

With an understanding of the theory side of things, you are in a much better position to analyse your choices for what types of chords are available for any given situation.

Remember though that ultimately, you need to let your ears guide you – although a particular type of guitar chord may be theoretically correct, it might not necessarily sound right in the context that you are trying to use it.

Be aware of the options, experiment, and be creative – the wider your chord vocabulary, the greater your creative potential.

You can hear some more thoughts about using different types of chords in the video below:

Article by Dave Dixon
You can learn more of Dave’s work on his web site: http://www.phatphish.co.uk