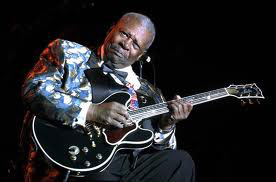 Want to improve your Blues playing? Put the guitar down…

A few years ago I was stuck in a rut. I’d been playing for 15 years, had been in and out of various bands and had been effectively ‘coasting’ with regards to my guitar playing.

The same old guitar licks and chord shapes. The same bends, the same vibrato. Hell, no one seemed to mind, why should I?

But something was missing. At first I couldn’t quite put my finger on it until it came to me one day. I was faking it…

My so-called ‘improvised’ solos over the usual I IV V progressions were stale and lacking ‘belief’. In fact they weren’t really improvised at all they were just a bunch of stock licks I had pieced together from lessons I’d had years previously, maybe a lick or two stolen from the back pages of Guitar Player Magazine.

I guess in a way, looking back I was bored and in serious danger of falling ‘out of love’ with the guitar, something I had been obsessed with since I was13. But I was no longer the spotty kid with the Van Halen T shirt. I was 28 years old and my musical tastes had changed. Don’t get me wrong I still loved nothing better than blasting ‘Women And Children First’ at full volume now and again but I was also listening to a lot of blues players. And I’m not talking about just the modern blues guys like Stevie Ray and Gary Moore, no sir I was spinning Muddy, Howlin’ Wolf, T Bone Walker and early BB King just to name a few.

I’d hear my teacher talk about that word years ago. Feel. What was it I used to wonder? How do you know if a player has good feel?

I slowly started to realize that for me it was all in what is commonly referred to as ‘phrasing’. How a player takes a note or a series of notes and effectively ‘communicates’ it to you the listener.

That’s what all these old blues guys had down. That’s what made them sound not only authentic but also believable.

Herein lies the beauty of the blues. Through its simplicity, its self-imposed boundaries, lies the perfect platform for expression in it’s most undiluted form. A platform where dynamics and phrasing is the music.

My biggest challenge with my students is not getting them to practice but getting them to ‘Actively Listen’. In this day and age of instant single song downloads the invaluable act of sitting down with a whole album and actively listening to the music from start to finish; taking in every last nuance and absorbing every last drop of emotion is rare. However it is something I consider as important if not more important to your overall progression as a student as ‘wood-shedding’ for 5 hours a day.
I’ll hopefully talk more about active listening and improvisation in later columns, but for now if you really want to improve your blues playing and start making yourself sound believable put the guitar down, grab a coffee and kick back and listen to ‘Live At The Regal’.

And as you sit there and close your eyes listen to how BB makes Lucille sound like she’s actually talking to you, conversing in an almost human way.
Absorb the music, ‘hear’ the phrasing and understand it. Then remember it’s just a guitar with 6 strings and a player who holds the incredible ability to communicate to you what’s in his heart through touch, tone and phrasing. It can all be done again by you, the player.

Take care out there.