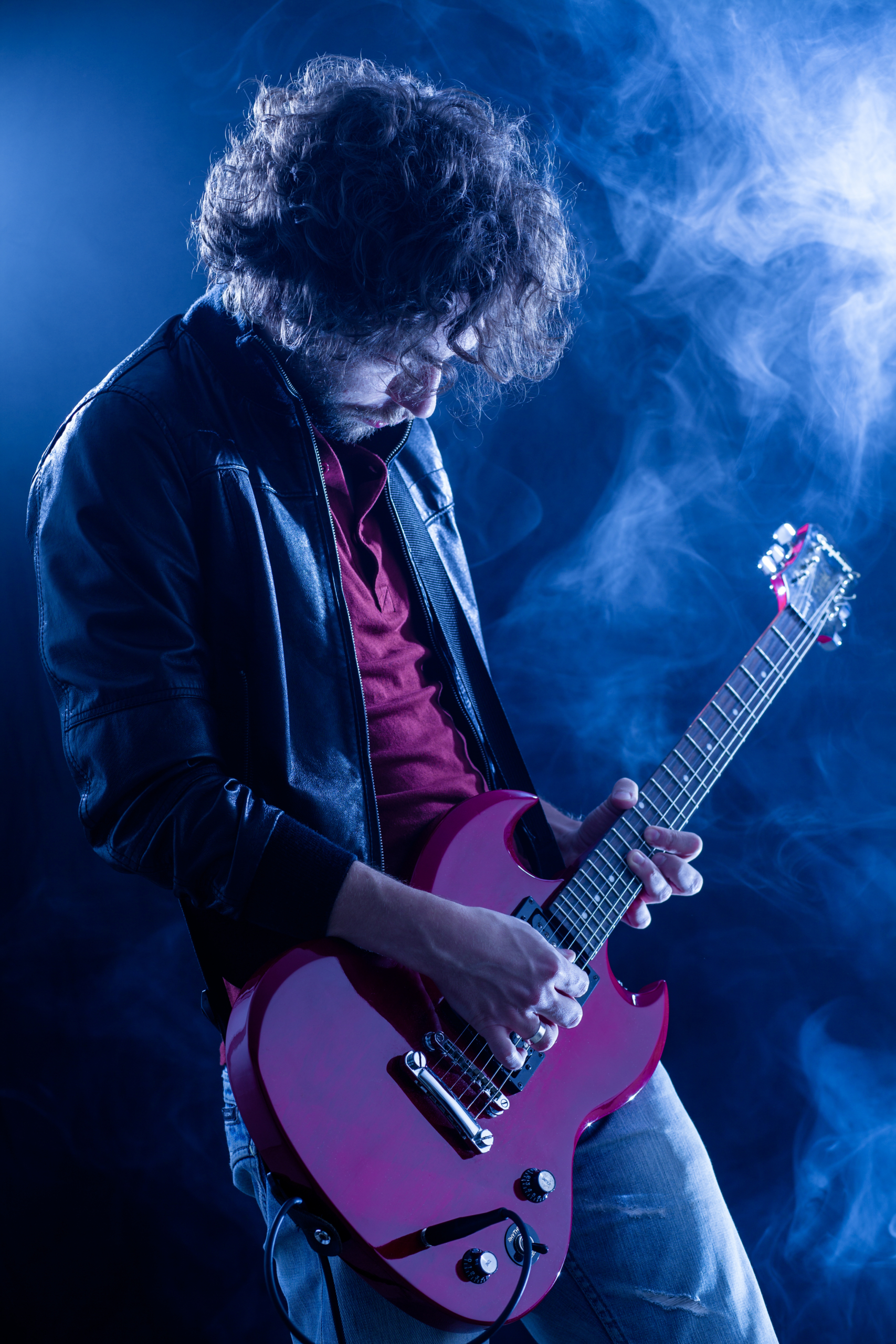 7 Ways to Improve Your Stage Presence as a Guitarist

If you practice enough, you can get your stage presence more or less down to a science.

Most bands tend not to think about it until they play a couple of shows; then they suddenly realize that being on stage feels kind of awkward, and they don’t know what to do with themselves.

Looking cool on stage does take some practice, but it’s easier than it sounds.

Here are seven ways to improve your presence on stage as a guitarist:

Whether onstage or sitting at a table, those who take up more space are seen as being more confident. As commonplace as it might seem, the power stance is still a great way to let the audience know that you’re there, that you’re confident, and that you care about what you’re playing.

Of course, you need to pick your moments. If you’re in a power stance during the whole show, you’re not giving the audience any variety. For instance, use your power stance when you’re playing a powerful riff, or when you’re singing backups.

A guitarist is usually situated somewhere to the side and behind the singer on the stage. However, your solo is your moment to shine. It’s a very simple thing, but stepping forward and moving closer to the front of the stage can have a tremendous impact on how your solo is received.

‘… provide visual cues for your fans … show them where to look!’

3. Finish in Style with a Windmill

Pete Townshend is most known for this trademark move in which he swings his arm around and strums a chord. This can actually be a pretty tricky move, but Townshend was known to perform it multiple times in a row.

The good news is that you can modify the move in any way you want, and you don’t have to repeat it multiple times like Townshend to get your point across. However, there’s no question that the windmill is a great move to perform when you’re strumming the last chord of a song.

4. Lift Your Neck During a String Bend

This is a simple move that can be very effective during a guitar solo. All you need to do is lift your neck higher into the air while you’re bending a string; there’s no need to lift the entire guitar, unless that’s what you’re going for.

A note of caution: Don’t be too tentative or subtle with your movement. In bigger venues, people are watching from a distance. The more distance there is between you and the audience, the more you will need to exaggerate everything you do onstage.

‘The more distance there is between you and the audience, the more you will need to exaggerate everything you do onstage.’

5. Groove with the Music

You don’t need to be performing gymnastics onstage the whole time. However, you do need to keep the interest of the audience somehow. When you’re not doing Eddie Van Halen baseball slides or Chuck Berry duck walks, learn to groove with the music.

Fast song, slow song, it doesn’t really matter. Unless you’re playing a highly technical part on your guitar, you should be grooving along, bouncing, jumping, or moving your hips.

6. Point Your Headstock in Different Directions

The easiest way to tell if you’re standing still and boring the audience as a guitarist is if your headstock never moves once during the entire performance. It’s a tell-tale sign that you didn’t move enough.

‘… if your headstock never moves once during the entire performance … you didn’t move enough.’

You don’t need to be constantly moving around. The idea is to orient your body in different ways, and give your attention to different things that are happening on and off stage. This is a very simple way to ensure that you don’t go unnoticed during your concert.

7. Move Away from the Microphone When You’re Not Singing

Although playing music is more work than it appears to be, the audience wants to think it’s effortless. If you’re always standing by your mic, waiting for your backup parts to come, your stage presence will definitely suffer. Arrive at the mic at the very last minute to sing your harmonies, and you’ll look like a rock star.

Start venturing away from the microphone. Go and chill with the bass player or drummer. Stand back-to-back with the singer. Go to the far side of the stage where the audience doesn’t have much of an opportunity to see you. Do anything else; just don’t stand by your mic the whole time.

Here are a few general things you should be aware of with improving your stage presence:

‘When you’re enjoying yourself, the audience will too.’

Don’t forget to practice your stage moves. They are more important than you even realize. Most professional bands give a lot of thought and consideration to what needs to happen at any given moment during a show to ensure that the audience is engaged.

This may take some planning and forethought, but the last thing you want to do is be a band that’s exactly the same on stage as they are in the studio. You have the chance to provide a different kind of experience at your concerts, which is something you should be thinking about.

This article was written by David Andrew Wiebe. If you found it useful, you can find more of his music business advice for guitarists over at Music Think Tank.