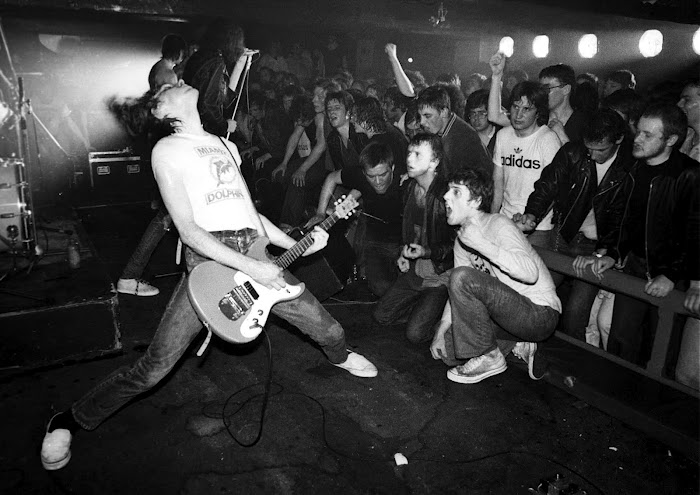 The Ramones at Eric's Club in Liverpool
BeginnersGuitar Songs

1. Blitzkrieg Bop by The Ramones

If you somehow think you haven’t heard Blitzkrieg Bop, you’ll probably recognize it as soon as you hear it. It may be the most well-known punk song of all time. It’s also one of the world’s best electric guitar songs for beginners.

‘Blitzkrieg Bop … may be the most well-known punk song of all time.’

Like many punk songs, Blitzkrieg Bop is extremely simple. It uses only four power chords and no special techniques. It’s just fast! It can take a little while to master moving between the different chords on time.

How to Play Blitzkrieg Bop

This free Blitzkrieg Bop tab is pretty good. I recommend this Guitar Pro tab or this Tab Pro tab if you want the most accurate one available, though.

One thing worth noting is that the Ramones played this song using pretty much nothing but down strums. You can see their hands flying in this live video as they put in twice as much movement as necessary to play the song.

‘The Ramones played this song using pretty much nothing but down strums.’

You can play it the same way if you want to mimic their sound and performance as closely as possible. However, I recommend using alternate strumming to avoid getting tired out or even injuring your strumming arm. Read ‘Alternate Guitar Strumming‘ to learn how to play this way.

You’ll notice that the tab has everything in standard tuning and requires you to play power chords with three fingers. You can play it the easy way in drop D by changing the chords as follows, from these in E standard:

If you’re feeling adventurous, try playing this song the way it was originally written in standard tuning. Mastering three-finger power chords will allow you to learn more complex songs later on.

Green Day’s American Idiot seems extremely topical at the time I’m writing this, as it can easily be applied to whichever US presidential candidate you hate the most. (I know, how could anyone vote for him/her?) It’s also easy to play if you can already match the speed of the songs we’ve covered so far. If you’re unfamiliar with the song, be warned that an F-bomb gets dropped in the uncensored version. We’re not playing nursery rhymes here!

You only really need to know one new technique to play this song: octaves. This simple technique involves playing higher and lower versions of the same note at the same time using two fingers. You can learn to play octaves from contributor Chris Ward’s article ‘Metal Guitar, Part 2’.

To really get all the notes in the solo sounding right, you’ll also need to know vibrato. We’ll save that technique for another day, though, when you have better-trained ears and fingers. Just focus on hitting the right notes in time for now.

How to Play American Idiot

You can find a decent American Idiot tab here. It seems a little rough around the edges to me (as most tabs do), but it’s unlikely that anyone listening to you would notice the difference.

Here are the four power chords used in the song in both standard and drop D:

Smells Like Teen Spirit is as easy as it is popular. You just need to learn how to play guitar bends before you can learn it. Once you have that down, here’s …

I recommend this Smells Like Teen Spirit tab. It isn’t perfect – few tabs are – but at least it errs on the side of being easier.

Here are the power chord conversions if you want to play it in drop D:

Bad Religion includes strong language and lyrics that will offend about half the population. That’s rock and roll for you. I’ve chosen it because it’s easy and catchy, a great choice for a beginner.

‘Bad Religion … will offend about half the population. That’s rock and roll for you.’

You’ll need to know a few new techniques before starting: hammer-ons and pull-offs, and staccato.

How to Play Staccato

Playing staccato just means stopping a note from ringing out for its full duration. All you have to do is silence your guitar after playing it.

To silence your guitar, go into the full-mute position discussed in Part I: let at least two of your fingers rest gently on the guitar strings, and don’t push down on any fret. Alternatively, bring the palm of your strumming hand down on the strings as if you were going to start palm muting. Practice playing power chords and quickly muting them either way.

Some tabs will mark staccato notes with a period at the bottom. However, others won’t mark them at all. You’ll have to listen to the song for when each chord starts and stops.

How to Play Bad Religion

You can find a great Bad Religion tab here. It’s in drop D, so you know what to do!

We’ll be back with more electric guitar songs for beginners. In the meantime, if you get stuck on any of these songs, leave a comment and we’ll be happy to help you out. Have fun scaring the neighbours! 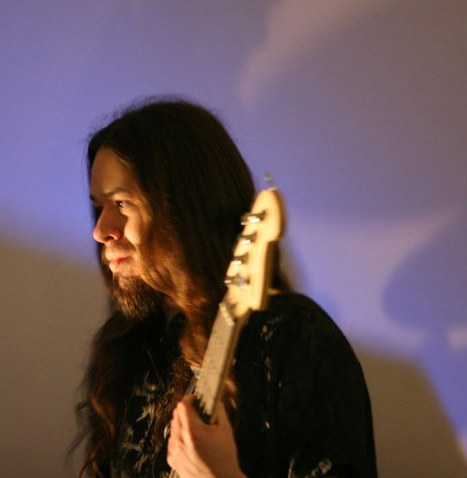