Guitar Tabs: It is cheating? 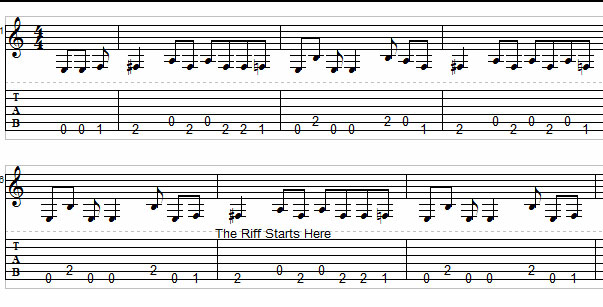 Nowadays we can’t go as much as a week without hearing about athlete A being linked to a steroid clinic here or athlete B failing a drug test there. Athletes are constantly being charged with using performance enhancing drugs (PED’s).

PED’s are used to improve the strength, speed, the ability to recover from injury, etc. Why am I writing an article about athletes and PED’s for a guitar magazine? The other day at work I overheard a woman talking to a guitar playing friend about her husband’s playing. She said he was a beginner and had just learned Back In Black by AC/DC by using tablature. She said he sounded really good but that using tabs was cheating. I didn’t say anything as I thought to myself, “what does she know?”, but then her friend said “yeah, you’re right. It’s like coloring by numbers. So, the question is: Should the use of guitar tablature be considered cheating as PED’s are in sports?

While there are some so called musicians that feel the use of tablature is not musicianship and therefore is a form of cheating, tablature if used correctly can be an excellent educational tool for a guitarist in training.

One example of this is it’s assistance with ear training. Ear training gives guitarists the ability to both learn and write a composition simply by using their hearing. Since tablature is simply a series of lines and numbers, a guitarist in training learns where to put their fingers. However, with tabs there is no indication of rhythm or timing which forces a guitarist in training to develop aural memory by listening carefully to the piece of music while reading the tablature.

As with any tool, tablature can be abused.

If a guitarist relies too heavily on it, it can actually become a crutch and stump their growth. As a guitarist develops it should be used simply to enhance their learning. With me for example, I am at the point where I can usually learn most of the rhythm sections of a song by ear, but occasionally there are fills or certain sections I get stuck on, tablature fills in the gaps.

In conclusion, tablature is an effective intermediate step in the development of a guitarist. Is it cheating? No, it is simply a tool that can be used to reach a guitarist’s goal, whether its to strum songs around the campfire with the family or to play large arenas in front of sellout crowds.