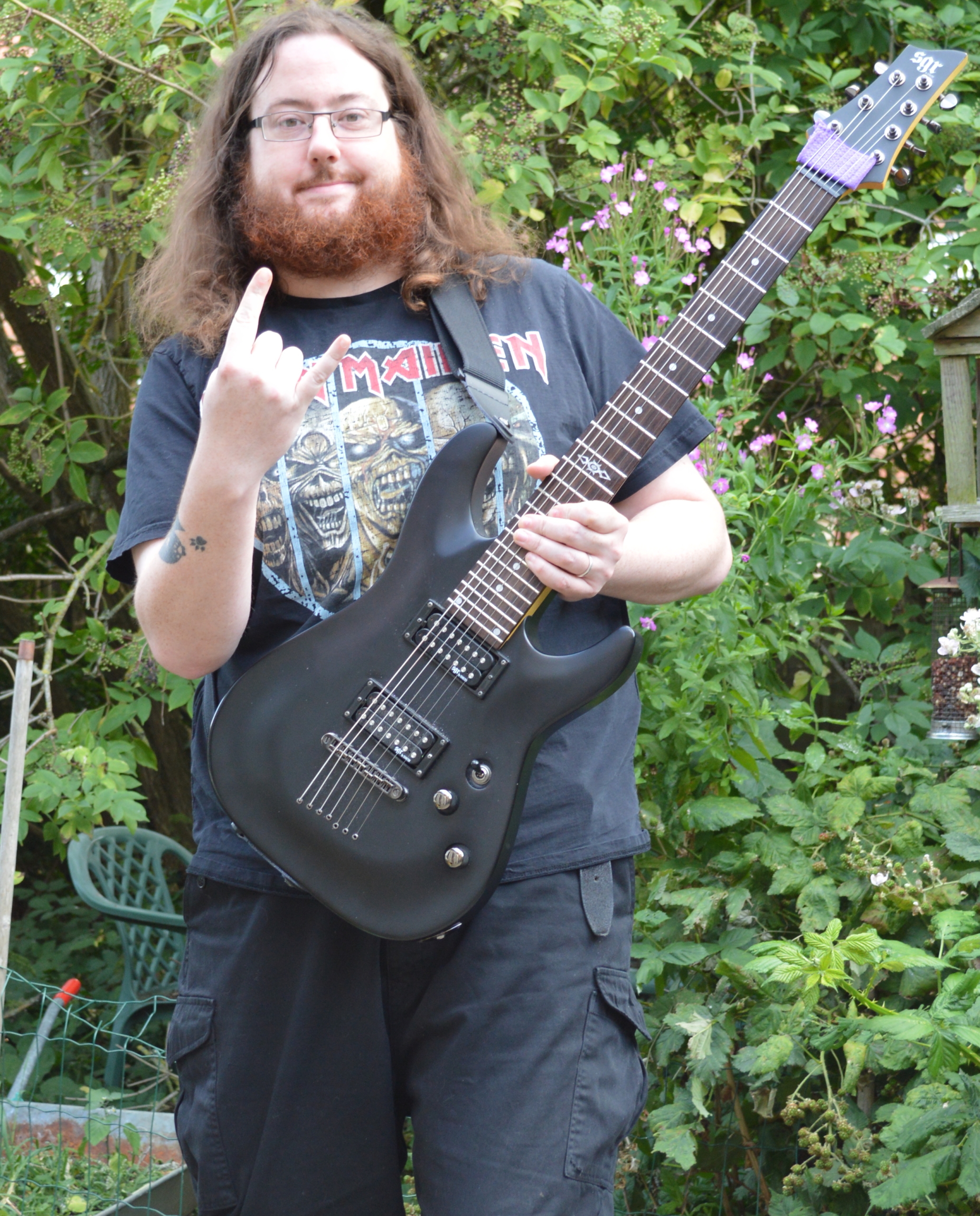 Welcome back to Beginning Metal Guitar. I hope that the techniques shown last month have helped you write better riffs. As we’ve been concentrating so much on rhythm guitar during the past couple of months, we’re going to start looking at lead guitar work, starting with the harmonic minor scale and harmonizing guitars!

Editor’s note: The tabs and instructions for playing each example from the video are found below.

In Example One we’re going to play the harmonic minor scale ascending and descending over two octaves. The number of bands that use this scale is too great to list but it’s across the board within metal.

‘The number of bands that use [the harmonic minor] scale is too great to list.’

In terms of theory, think of harmonic minor as a natural minor scale with the 7th note raised a semitone. For this month’s examples, we’re going to stick to the key of A minor; however, it’d be a good idea to learn the scale in all keys across the neck.

In the video, the scale is played at 100 BPM, a nice mid-tempo pace to help you get used to the scale. To play this or any scale the best approach is to use alternate picking throughout, and approach it using a finger-per-fret approach, as this will mean you will only move your hand around the fretboard when you really need to.

Example Two is a simple melody using the scale over the first octave.  Use the approaches above for the best way to play it.

The most challenging bit of this lick may seem like the last bar; however, if you look at it closely, you’ll realise that it’s just a descending A harmonic minor scale with the root note on the 14th fret! This is the fastest example in this series so far at 170 BPM, so feel free to slow it down if needed.

Now we’re going to play a harmony over the original melody. Popularised by Irish rock band Thin Lizzy and brought into the metal realm by bands such as The Scorpions and Iron Maiden, guitar harmonies are an essential tool for any metal band that has two guitarists. Guitar harmonies give a richer sound to melodies and give a fuller sound to a twin-guitar band.

‘Guitar harmonies give a richer sound to melodies and give a fuller sound to a twin-guitar band.’

For Example Three we’re going to look at the easiest way to play a harmony over a melody, and that’s by playing the exact same melody an octave higher. You may also notice that the original melody from Example Two is panned right in the mix and the harmony left; this is to better distinguish the two melodies and to give a wider sound, a common practice when recording guitar harmonies.

Another common way to harmonise metal guitar melodies is by having one guitar play the same melody as the other, except the second guitar will be playing the minor/major thirds from each chord in the scale, like in Example Four.  So where the first guitar plays an A note, the second guitar plays a C, and where it plays an E note the second plays a G# and so on. This is a great way to make melodies sound bigger when just using two melody lines from two different guitars.

When practicing harmonies, the best thing to do is record a melody and play around with transposing it into different keys; I tend to find some things work better when played a major fifth above the root note. Or grab a buddy who plays as well and have a go at creating melodies together and see what you come up with!

As always, feel free to send me a message via my Facebook page with any questions! 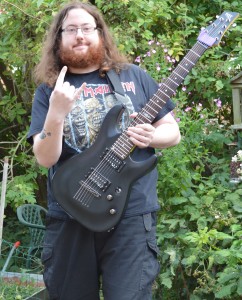 Chris Ward is currently studying a degree in Popular Music Performance at B.I.M.M. London. He also teaches and is one of the guitarists for the Corby International Orchestra, and is on the artist’s database for CORD Worldwide. He plays electric and acoustic guitar, bass and some keyboard.

When not playing, writing about, listening to, or thinking about music he can be found causing havoc with his local Viking re-enactment group, playing tabletop games or at home with a cup of coffee and a good book.

Feel free to book a lesson on Skype or in person through his Facebook page.