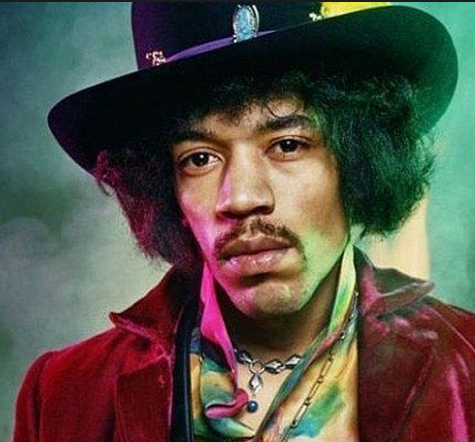 I can’t believe we are already 4 issues to the good, and, therefore, by definition, discussing our 4th chord of the month. 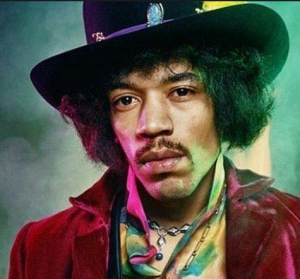 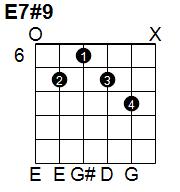 The E-seventh-sharp-nine-chord – or E7#9 – or Hendrix chord – is not only really cool, but is immediately recognisable when played, mainly because of its almost discordant sound. But don’t let that put you off, being able to play a chord with a 7th, sharp and a 9th makes it worthwhile learning just for that alone.

It was only a matter of time before we added the “Jimi” chord, E7#9 into the mix. Before we go on to look at why this is commonly a Hendrix specialty, let’s look at the 2 main positions in which this chord can be played using standard
tuning. First of all we have the open position.

Then there is the Jimi position where the notes are;

Why is it known as the Hendrix Chord?

As mentioned above, this often known as a Jimi (or Hendrix) chord as it was a particular favourite of his and it was his use of the chord that helped popularize it during the late 1960’s and early 1970‘s. As far as I’m aware, no other guitarist has had a chord named after him, which shows just how much he is revered due to his enormous influence and development of the rock music genre.

What is it about the 7#9 “Hendrix chord” that makes it sound so colorful, so huge, so dirty and so bluesy? The appeal lies in the fact that, like the blues scale from which it is derived, it is both major and minor at the same time, which is to say that it includes both the major third and minor third tones. Normally, these two notes played together would produce a naturally unpleasant dissonance, but the 7#9 “Hendrix chord” structure spreads the two notes far apart enough and includes enough root tones (and a seventh tone) to convey a singularly interesting and not at all unpleasant sound.

Since it has a major 3rd and flat 7, it is generally considered a dominant chord.

How did Hendrix Use It?

For the most part all the strings are played to create the full effect of the chord and the way the notes blend together. Yes, you can choose to pick the strings, only play some of the strings or even play it softly; but I believe you will get the most out of the sound if you “give it some welly, whilst, of course, using some variances on the strumming patterns. You may want to try and play the Purple Haze chord sequence (E7#9 – G – A) in a funk style. Believe you me – it sounds cool.

Paul McCartney called this a “great ham-fisted jazz chord” that was taught to them by Jim Gretty who worked at Hessey’s music shop in Whitechapel, D7#9 is used in The Beatles’ Taxman.

So, another great chord for you to mess around with – we’ll probably go with something more easy on the ear in our next issue!!!!