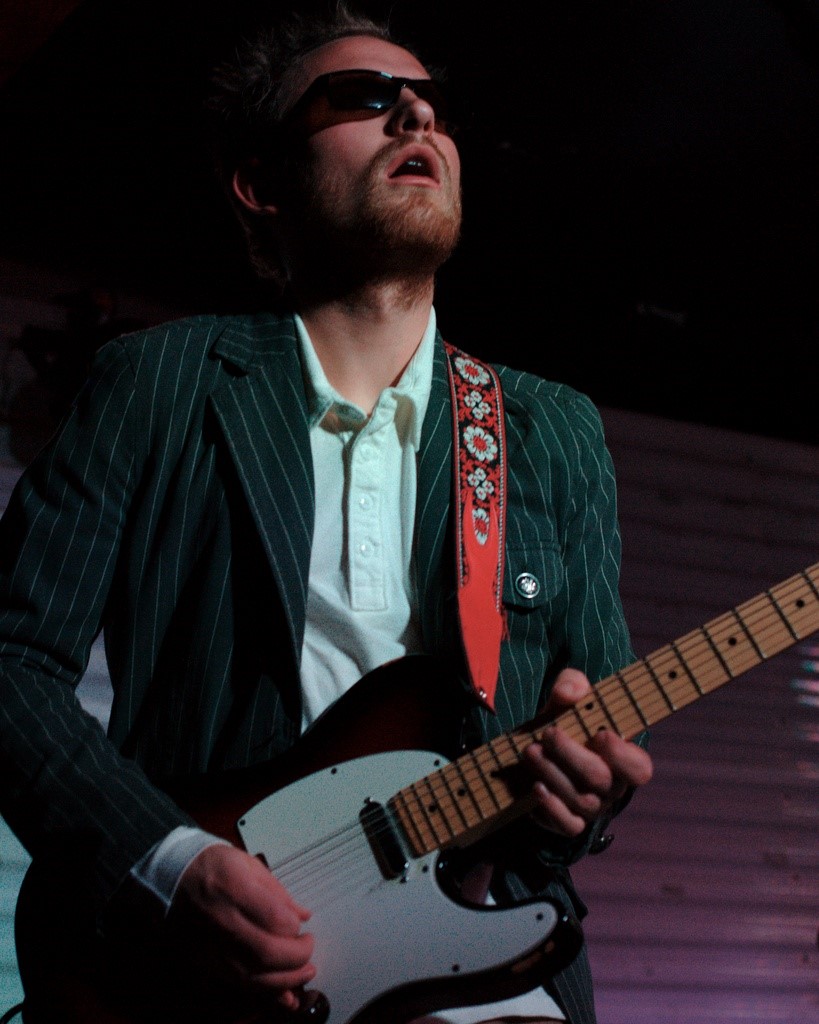 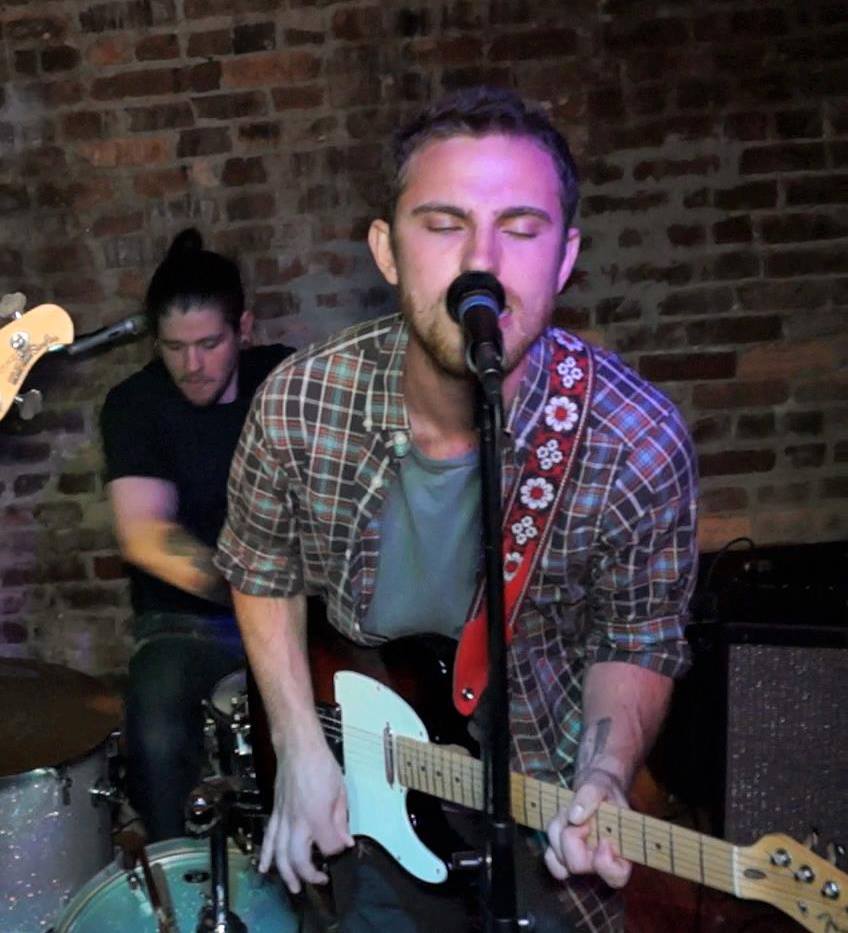 So you’ve got your first gig! Well done. But what the hell should you bring?

There are the more obvious items: your guitar (duh), a pick or two (or five), a set list, a ¼ inch cable, a tuner, maybe a capo if you need it, and … the mind draws a blank. At least mine did when I played my first show. After all, doesn’t that pretty much cover it?

If you’re strictly a minimalist I suppose that could do, but I wouldn’t recommend it. Years of performing have taught me that the minimalist attitude is vulnerable to mishap and can lead down the dark and dismal road to disaster, heartache, and tears of remorse – but I don’t want to talk about my last gig at the All Saint’s Pre-School Social and consequent late-night Taco Bell binge. Bring along these additional, less obvious, items if you want to do better than I did and skirt disaster when it strikes:

For any last-minute changes to your set list or writing down pre-show notes to yourself for when you’re in between songs (I do this a lot and it’s significantly improved my shows).

Your gig is outside and the wind keeps blowing away your set list … your mic stand screw broke and the arm keeps falling down … you’re sharing the bill with three other bands with all their amps and pedals and the stage has turned into a warzone of loose chords just waiting to ensnare your unsuspecting foot … time to pull out some gaffer tape!

‘Duct tape is prone to melting under heat and can … damage your equipment.’

NOTE: Do not use duct tape. I repeat – DO NOT use duct tape. Duct tape is prone to melting under heat and can leave sticky residue after removal that can damage your equipment. This is not so good on a sound stage with hot lights and expensive amplifiers. Gaffer tape is slightly pricier, but is well worth the extra pennies, as it both is heat resistant and can be easily removed.

You’ve just played a killer set and throngs of people have come up to offer congratulations! Lots of people – too many people. How can you possibly talk to them all? Let alone exchange phone numbers with all 20 of them?!

These are your fans, and you want them to remain your fans. Handing them a business card with all your contact info is a great way for you to quickly connect with lots of people and also stay connected with them. Don’t worry about missing out – if they liked the show, they’ll look you up.

‘Few things are worse than breaking a string mid-song.’

Few things are worse than breaking a string mid-song. It can warp your neck, send the other strings out of tune, and at worst can ruin a perfectly good show. Have an extra set of strings handy and use your string winder to quickly replace the one that’s broken. If you’re quick, a broken string may only mean a 3-minute delay.

5. Guitar Stand (and a Music Stand if You Have Printed Lyrics)

It’s show time. You take the stage, the crowd applauds, you take your seat, and … awkward silence as you have to stoop down on bended knee, slowly unzip your gig bag, take out your guitar, set the bag aside, and resume your seat.

For the love of God, bring a guitar stand! It’ll make you look like a pro and help get your shows off on the right foot. No more stooping down. No more awkward silences. Simply take your seat, reach over and grab your guitar, and proceed to blow their minds!

‘… sometimes chairs are hard to come by.’

I play most of my gigs sitting down, but sometimes chairs are hard to come by. Keep your guitar strap in your gig bag and you’ll always to be ready to stand and play if need be.

It doesn’t happen often but cables do short out on occasion, and when they do it’s bad news. Especially when the venue doesn’t have an extra (e.g. most restaurants that I play). And if it’s a decent-sized gig, you won’t be able to get away with playing acoustically.

This happened to me once, and it ruined my gig. A cable shorted in my PA system and I spent the first 45 minutes of my set trying to fix the issue, but to no avail. Nearly an hour later I was frustrated, embarrassed, and hitting myself over the head for not bringing an extra cable. And I still didn’t have sound, so I couldn’t play the gig. Don’t make my mistake – bring an extra cable.

Batteries short out ALL THE TIME. Sometimes guitar tuners or pedals have an indicator light that tells you when the charge is low, but I’ve found these to be unreliable. Have an extra on hand and it’s a quick fix.

There’s an app for everything these days. Smartphones are a great backup for malfunctioning hardware like tuners or metronomes (for those who play their live set to a click track). When in doubt, bring backup.

‘I’m continually surprised by how much my nail length affects my ability to play.’

This is probably the least obvious gig bag essential on the list. But it is essential. I’m continually surprised by how much my nail length affects my ability to play. It sounds crazy but it’s true: long nails can make it more difficult for your fingers to make good contact with the fretboard and can also get in the way of your finger-picking technique (if you’re into that sorta thing, which I am).

This is more for those guitarists who also sing, although water is a good thing for anyone on stage. I’ve often been amazed at just how dry my throat gets when I’m performing. I’ve had gigs where I’m only partway into my first song and already my throat has started to itch. Hot lights, sweating, and nerves can put up a mean attack on your hydration. Defend yourself against thirst and the curse of the dry throat: bring a water bottle.

‘Showing up without each of these items in turn has … flat-out ruined gigs for me in the past.’

Showing up without each of these items in turn has either inconvenienced, seriously hindered, or flat-out ruined gigs for me in the past. I’ve made these mistakes, but I’m writing about them now so that you don’t have to! Include these essentials with your gig bag and you can avoid the pitfalls that I couldn’t. So prepare for the worst and hope for the best, because Murphy’s Law is very, very real. Break a leg.

Cody is a professional singer, songwriter, performer, and recording artist. His instruments include bass, trumpet, drums, harmonica, piano, and most especially guitar. In his spare time he travels, brands businesses, and makes lists of his many accomplishments. He currently studies at the University of Utah under his own self-created major, Music Business and Technology.

Stream his music for FREE on Spotify here.