If you find yourself running up and down the frets and scales but feeling uninspired when playing blues solos, then here’s just one approach to help you break out of the musical rut. 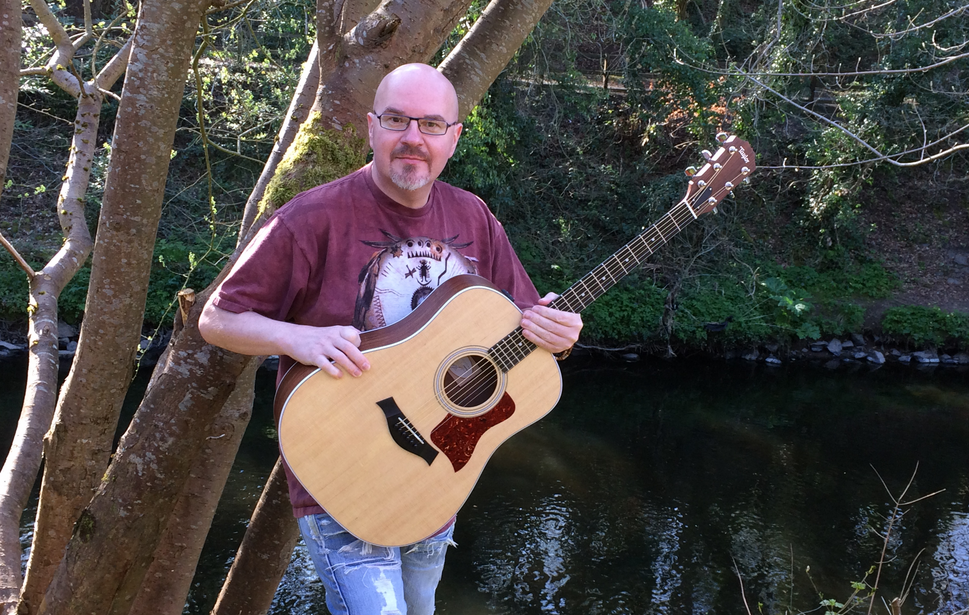 Just knowing the various scales is not enough because unless you make them connect to the actual chords being played, they can have very little meaning or impact. This is where target notes come in …

What Are Target Notes?

A target note is simply any note that you aim to play over a specific chord at a certain point within the chord structure of the solo.

This, in theory, can be any note, but in practice the strongest target notes are always going to come from the actual chords that you are playing over.

Learn Where the Notes Are

It’s fairly basic advice, but you need to know what and where the notes are; otherwise, how can you target a note? But don’t worry about learning every note on the fretboard. Just stick to one key and get familiar with the notes of the chords within that key.

So it doesn’t become confusing, study and memorize those notes and chords before moving on to a different key (with a brand new set of note choices etc.)

This lesson will concentrate on blues in the key of A. Here is some information that we’ll need:

The A7 (dominant seventh) is made up of the following notes:

The D7 (dominant seventh) is made up of the following notes:

The E7 (dominant seventh) is made up of the following notes:

These notes are the target notes.

That doesn’t mean that every time the chord comes ’round we have to use all of the notes within that chord. It simply gives us a selection of notes (along with our scale notes) to choose from, which we know will sound good when played over the chord – and we can use this to our advantage when soloing.

Although all of the chord notes work as target notes, we can identify them by their sound, thus allowing us to shape and impact the solo even more.

The (R) root note will always sound ‘safe’ and ‘secure’ and it is a common choice for many a great blues player. Check out BB King and Albert Collins for fine examples of this.

By the way, using the root note of the key (in this case key of A = A root note) will work over most of the chords in a blues progression as it’s the main note and is always a great note to play. Think of it as ‘home base’.

The (3) major third note has an uplifting quality and most definitely has a happy feel to it. A common trick is to approach the major third from a semi-tone below (the minor third) and bend or slide up to it.

Another blues move is to bend up the minor third slightly, so it’s no longer a minor third but it hasn’t reached the major third either. This ‘quarter-tone’ or ‘blues’ bend is very common in the blues.

Check out BB King and Larry Carlton for some great use of the major third.

The (5) fifth note, for most part, tends to sound neutral and makes a good resting place mid-solo. However, at times this note can also sound like it needs to be resolved to another note. If used at the right moment, it can produce a nice uplifting Allman Brothers type of sound.

Check out Dickey Betts and Derek Trucks for examples of using the fifth.

The (b7) flatted seventh is a bluesy-sounding note with some nice musical tension that definitely wants to be resolved at some point. So it’s a great note to use for creating tension within the solo, before finally being resolved – by moving up a tone (two frets) to the root note.

This is a common blues move used by Eric Clapton amongst many others!

Editor’s note: A video demonstrating the use of target notes in a two-verse blues solo is provided below, as well as a full tab of the solo, broken into licks. You’ll also find a second video of just the backing track in case you want to improvise.

The three different ways to approach this lesson are:

1. Take one or two licks that catch your ear and learn them.

Spend some time going over the individual licks, really getting to grips with them and focusing on how they sound against the chord.

Concentrate on learning and developing the concept of target notes.

Refer to the tab for a breakdown of the licks and more specific details regarding the target notes within the solo. This will help when watching and listening to the video.

Certainly you can learn the licks and copy the solo etc. but that is not the focus of the lesson. The main object is to concentrate on how playing certain notes over certain chords creates a very strong and musical effect.

The solo is played at a relaxed pace to show you don’t have to play fast to make a strong musical impact. That can be done just as well using target notes.

In each example below, the target note has been named above it.

The chord that it is played over is in parentheses, underneath. 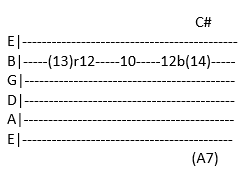 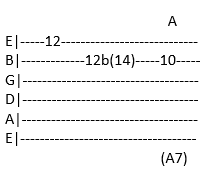 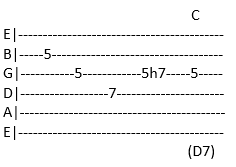 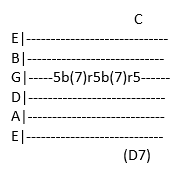 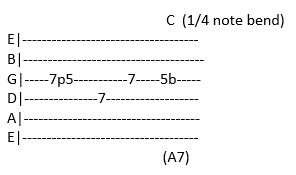 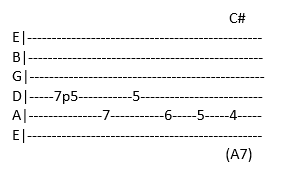 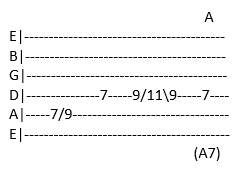 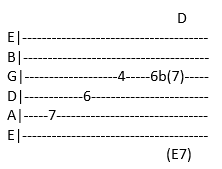 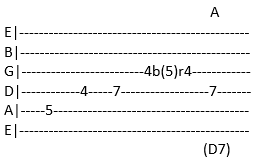 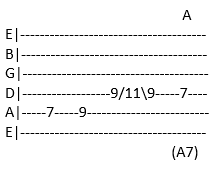 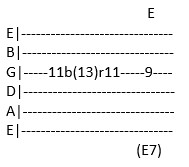 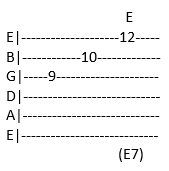 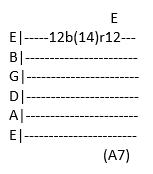 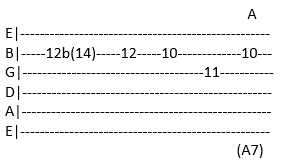 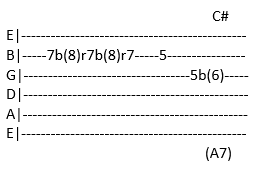 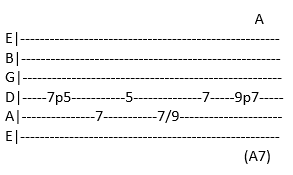 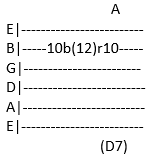 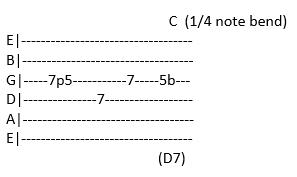 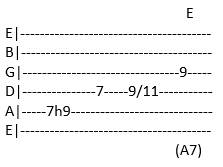 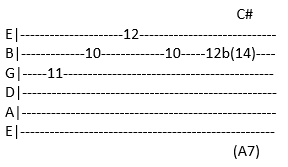 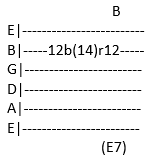 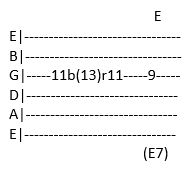 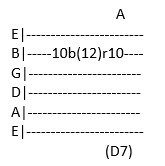 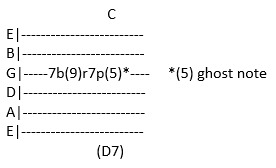 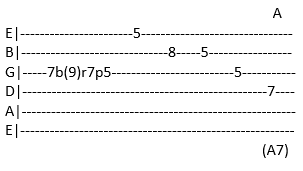 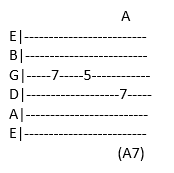 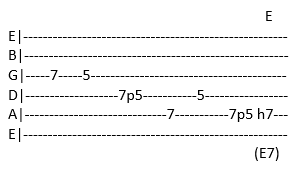