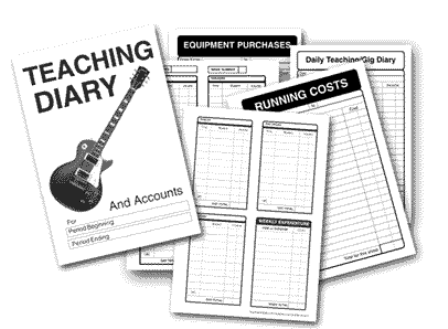 Lessons Learned as a Guitar Teacher

“How did you get to be a guitar teacher then?” (I imagine) I hear you ask.

Well, I’d love to pretend that there always lay within me a deep and abiding passion to educate – that I was driven by a burning desire to light the way for other musicians setting out on the same journey I took only a few short years before – but the truth is I started teaching guitar because I wanted money to buy beer.

There I was, fresh out of music college and cohabiting with a woman who seemed to be of the opinion that she was not about to go to work in an office all day to see her hard earned wages poured down the throat of a work-shy toad – one who spent all day sitting around in his underpants, picking his nose, and watching daytime television.

Some people are never satisfied! Not content to bask in the reflected glory that came from living under the same roof and breathing the same (admittedly stale) air as the man destined to rewrite the rules of popular music, she seemed strangely taken by the notion that the security of my status as a co-inhabitant (with associated rights and privileges) was somehow dependent upon my ability to contribute meaningfully to the household budget.

And so, as an act of finely crafted revenge, I married her.

Anyway, having decided to become a guitar teacher rather than resorting to finding a dreaded day job, I spent the next couple of years working on building up a business that was big enough to support my desired lifestyle. There were a whole bunch of misconceptions, mistakes, and blind alleys along the way, and what follows can be regarded as being a list of three things that I wish I’d known from the get-go. These will hopefully be of use to anyone thinking of taking that first step towards a guitar teaching career.

Lesson Number One: You Don’t Need to be a “Great” Guitar Player to be a Great Teacher

The stuff at the beginning of this article (about the beer) is only part of the story. The truth is I really wanted to be a guitar teacher, only I was held back by the fact that I knew quite a few local guitar players who were “better” than me but did not presume to be able to teach others.

Looking back, I now realise that being a wonderful musician does not guarantee someone becoming a great (or even a good) guitar teacher. Although I would hate to be thought of as advocating a situation where people who don’t know one end of a guitar from the other setting up a business teaching what little they know of the subject, it can be argued that a reasonably proficient intermediate/advanced standard player who can get along with people is ideally placed to help beginners get started on the guitar.

Beginners are by far the biggest group of people who employ guitar teachers and they are generally very happy if, at the end of a few months of study, they are able to switch between the chords of the basic CAGED system (the open chords of C, A, Am, G, E, Em, D, and Dm used by experienced teachers all over the world to start novice musicians on the right track) in time.

Mastery of these eight basic chords and developing the ability to change between them in time allows someone new to the guitar to potentially play thousands of songs that they know and recognize. Even more importantly, it gives them the tools they need to create (sometimes wonderful) music of their own almost from the word go. It is wise to remember that great songs are written by great songwriters, not by great musicians. 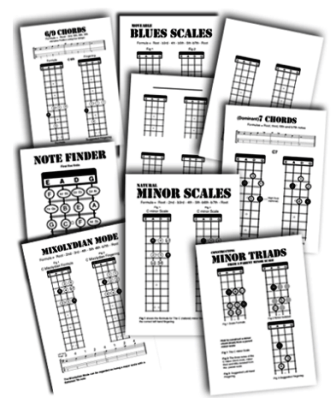 Lesson Number Two: Teaching is About Learning. Pure and Simple.

It’s not so much what you teach that’s important, but what the student learns. Don’t try to teach too many things in a lesson. A constant stream of cool new stuff throughout the course of a lesson might keep a teacher occupied, but is likely to leave their student confused and dispirited.

Lesson Number Three: Your Students Learn to Play between Lessons and Not During Them

Students do not need to leave the session with a whole bunch of new stuff that they learned to play perfectly during the course of the last half hour. It is much better that they leave with a clear idea of what it is they need to practice before the next session.

Being a guitar teacher – irrespective of whether you do it full time or even in the early days of a teaching career just to provide a ready source of “beer money” – can be a satisfying and rewarding way to spend your time.

How to start a career as a guitar teacher? Tune in next time as we dig a little deeper into this whole guitar teaching business and how you too can embark on this challenging yet fruitful journey.

Article by Rob Hylton. You can read more about Rob and his teaching career on his web site: http://teachwombat.com