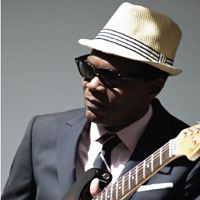 Robert Cray, In My Soul

Last year I bought my latest new Vauxhall Astra. I have purchased a new one every year for the last 7 years. Why? This is the question people ask. Well…I will tell you.

It is as always as good as the last model, perfecting some minor issue that annoyed me from the last release, having constants that I will always love, but sometimes dispensing with some early features I wish would have remained. However, I will always love it, despite the odd idiosyncrasy I feel slightly lets it down.

Which brings me neatly on to Robert Cray’s latest album release “In My Soul” which is of great quality (as always) despite some minor disappointing aspects. In the main, I am more than satisfied with my purchase. Robert Cray’s unique and masterful sound remains and, assure you me, it is still a great listen.

The album opens in traditional RC style with a more upbeat number “You Move Me” which is a classic Robert Cray album opener that reassures us all that he is still with us. It reminds me…..in pieces……of “Phone Booth” in style and attitude, even though the melodies are truly distinct. Robert Cray’s vocals and guitar are as awesome as ever, even though he may not be “Young Bob” anymore. Having said that, he looks as cool and young as he did 25 years ago.

“Nobody’s Fault But Mine” by Otis Redding, proves Monsieur Cray can still still belt out an emotional and powerful vocal and is polarised by I Guess I’ll Never Know which has a great funk feel contributed by some superb horns. This is a brief departure from traditional RC, but I really love the song and the feel it generates.

The album continues with a variance of traditional Robert Cray originals and even includes a tribute (I think) to Booker T and the MGs in the shape of “Hip Tight Onions”…………..great title!!!!

My personal favourite is “You’re Everything” which grooves soulfully from start to finish where the vocals are outstanding, coupled with rhythm playing that leaves you nodding your head with a non-intensity.

My only real criticism is the overpowering horns on some of the tracks, which, in my opinion only, detract from the real Robert Cray sound. Having said that, I like the way he uses overdrive in a couple of the tracks to achieve a fine balance of sound and depart from the norm. This shows adventure and playing outside the box.

I could analyse the album track by track………….but there is no point!!!! It is soulful; it is bluesy; the guitar solos are typically Crayesque, the vocals are sublime…………….and it is like my Astras. Always fantastic and reliable; you will never want to change, even though some things are not as good as before with the rest improving with age. 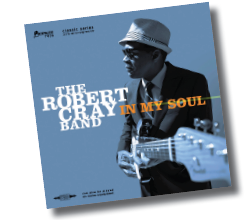