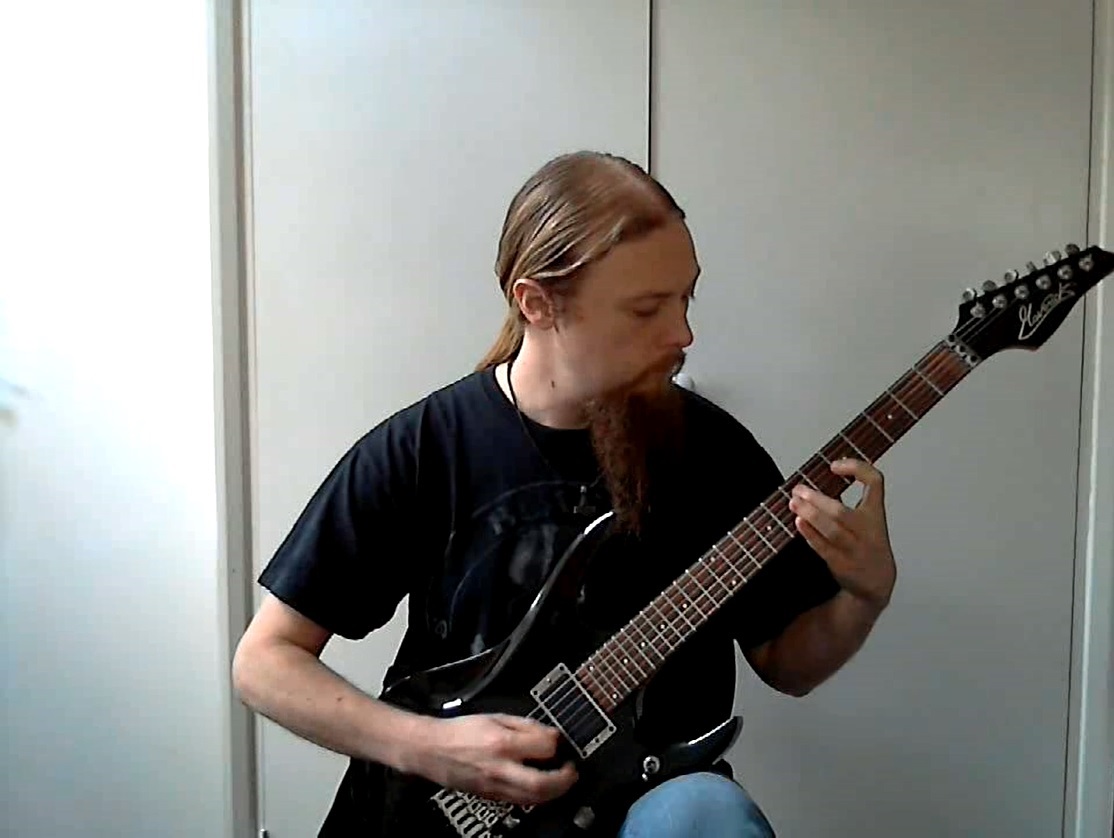 How Many Notes Do You Really Need in a Guitar Solo?

Playing fast doesn’t mean there is no emotion, and having more ‘feeling’ is not a good excuse to never play fast.

I’ve probably ruffled a few feathers with that statement, but I believe it to be true. If your thing is playing slowly, then that’s fine; if you like to play fast then that is also fine.

What is important, is ‘phrasing’. A phrase is a group of notes in a melody. Therefore, ‘phrasing’ is how you group the notes in a tune. That’s it.

This is important for what I’m about to talk about. This is a lesson on why every note counts – and how to make them count. I mean, how many notes do you really need for a guitar solo?

How Many Ways Can You Use One Note?

So, here’s the scenario: you stick a backing track on, and you want to solo. However, you can only pick one note. Which do you choose?

Well, let’s narrow things down a bit. The guitar has 6 strings, and maybe 24 frets, but the fretboard has a lot of repeated notes. Out of those 144 notes, 12 of them are A. If you play any one of those over, say, an open A chord, you’ll get the same effect.

So, that narrows us down to the seven letters of the musical alphabet (A to G) with sharps and flats – a total of 12. Now, there is one note that will almost always work: the root note.

Playing the root note of the key (technically the ‘tonic’) is probably the safest thing to do in any solo. This means the note that is the same letter as your key. A for A major, G for G minor etc.

Say our chord progression is in the key of A major, and has these chords:

Over this, we’ll just use an A. Now, playing one long note is boring, and doesn’t really make a solo. So let’s look at what we can change …

Rather than playing a random rhythm, think in terms of phrases. Improvise a short rhythm, leave a space, then repeat it. This is a much more musical way to play, which I hope you can hear in these examples.

If you’re only fretting one fret, and bend it, is that one note, or two?

Either way, you can use string bends to get more from one single note. You can do this in two ways: bending to harmonize it, or so that it clashes.

So, over our progression we have the Bm and E7 that don’t contain an A. However, both of these chords contain a B. So, we can bend our A note up two frets to a B.

Here is an example:

The best thing is that you can just use your ear. If the note you’re playing doesn’t sound good, then bend it to a note that does. If it still doesn’t fit, then resolve it on the next chord!

There are many techniques you can use to make your solo more interesting. Try some of these:

In the example, I’m using one note over the chords from earlier. Notice how I’m using techniques I’ve mentioned to bring this note to life? Now try the backing track for your own ideas!

So, how many notes do you need? It’s probably less than you think! 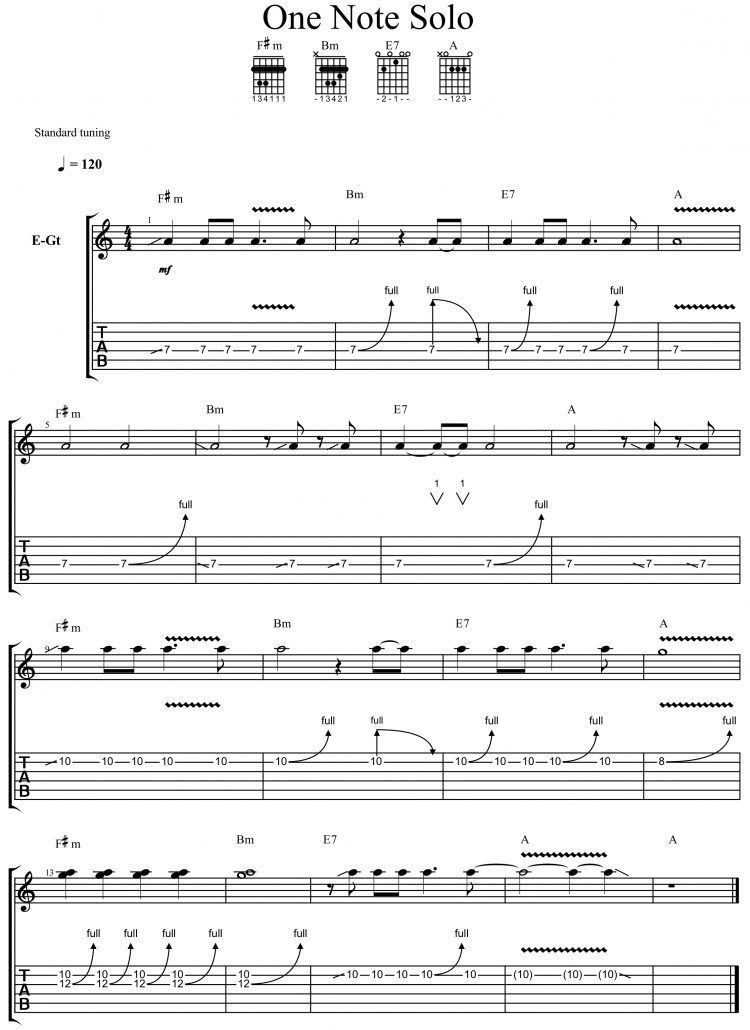 If you liked this lesson, you might also want to check out his website, Chainsaw Guitar Tuition – Turn up and Rock out!