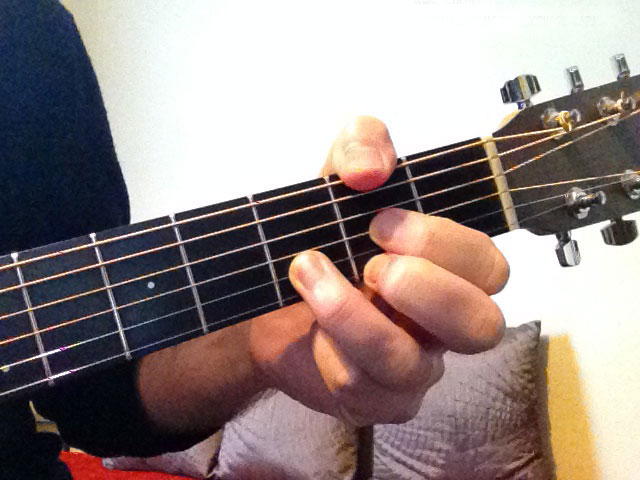 How to Play Thinking Out Loud by Ed Sheeran

Thinking Out Loud by is another massive hit song for singer-songwriter Ed Sheeran. This song is great for learning fingerstyle guitar playing with a Latin rhythm with percussive dead notes on beats 2 & 4. This style of playing is used in other songs, including More Than Words by Extreme and Why Georgia by John Mayer.

First off we will look at the four chords used in the verses and choruses of the song – D, D/F#, G and A.

The D/F# chord is a D major chord with an F# note in the bass. The thumb is used over the top of the neck to play the bass note.

When playing the G chord, due to the strings that are plucked, you can get away with just using finger 2 on the bass note on the 6th string if you want. Also, I recommend playing the A chord with finger 1 barring across the 3 strings, as it makes it easier to play the quick hammer-on/pull-off lick at the end of the intro 4-chord phrase. 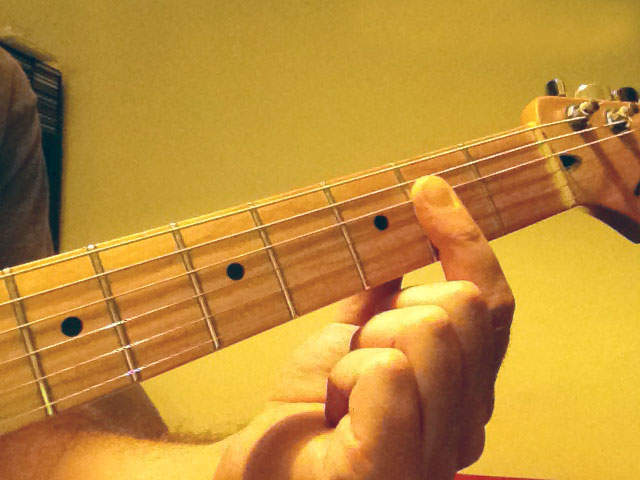 As mentioned above, the chords in the song are played fingerstyle with percussive dead string hits on the 2 and 4 beats of the bar. These hits are where the snare drum beats are in a typical rock beat. (Please note that here the notation is written in half time to make it easier to read, so the dead hits are on beat 3 of each bar.) Watch the video to see how this done.

In music notation, these dead hits or strums are written as Xs. The fingers used to pluck the chords are the thumb (P), index (I), middle (M) and ring (A) fingers.

The first D chord includes a hammer-on on the 3rd (G) string. This is played by plucking the chord with just finger 2 on fret 3 on the 2nd (B) string. Immediately after, finger 1 hammers on the fret 2 note on the 3rd (G) string to complete the D chord. This hammer-on is played only a fraction of a second after the chord is plucked, so practice this so it can be as fast as possible to make it sound smooth.

The verse and chorus sections of the song are the same without this extra lick. The lick is replaced with a percussive dead hit.

In the pre-chorus the chords E minor, B minor and A7 are added. The rhythmic idea is similar to the verse with percussive dead hits in between the chords.

At the end of the pre-chorus there is an A7 chord strummed five times before the chorus. This can be strummed with the thumb or by plucking the 4 middle strings with the fingers. 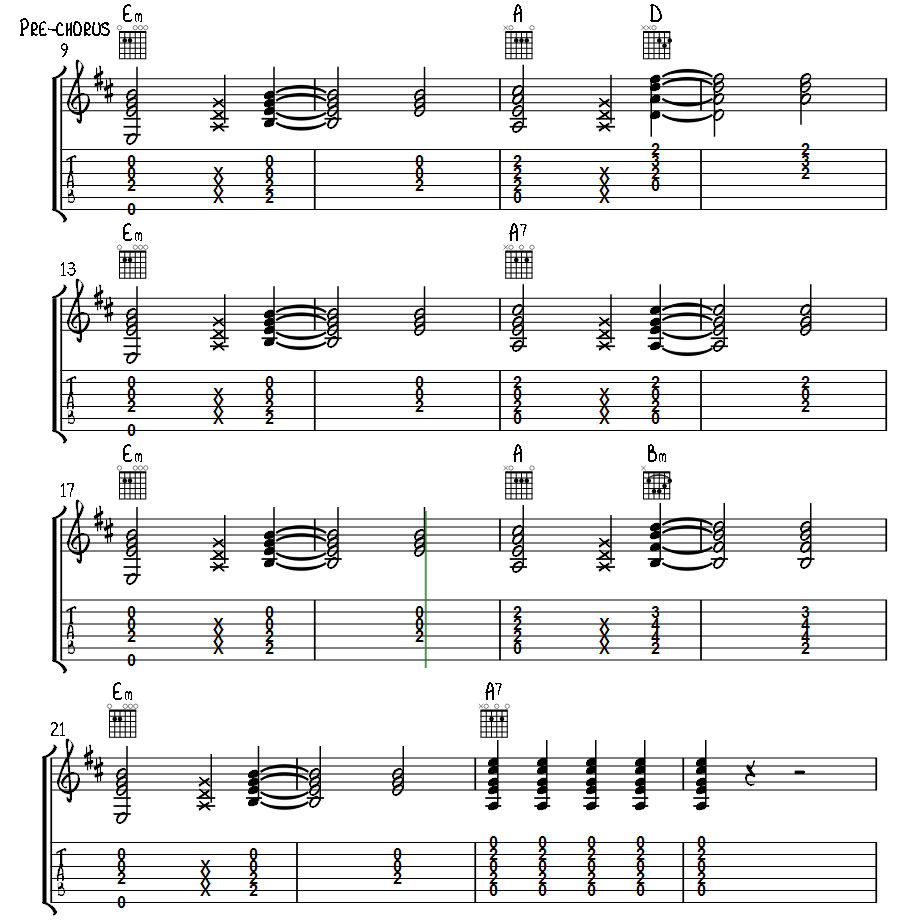 In the chorus the chords and plucking pattern are the same as the verse except for the very end. Here 7 chords – B minor, A, G, D/F#, E minor, A7 and D – are played quickly together with a dead hit at the end before the song returns to the verse. At the very end of the song this quick chord change is repeated 3 times.

Once you’ve nailed this song, try out More Than Words by Extreme, which is very similar but in the key of G major. Also see how you can incorporate this Latin percussive fingerstyle pattern into other songs you play.

Anthony has taught thousands of guitar lessons to hundreds of guitar and bass guitar students in Melbourne, Australia. Using his extensive music knowledge and teaching experience, he’s written a beginner guitar book based on structured lessons to get you playing the guitar.