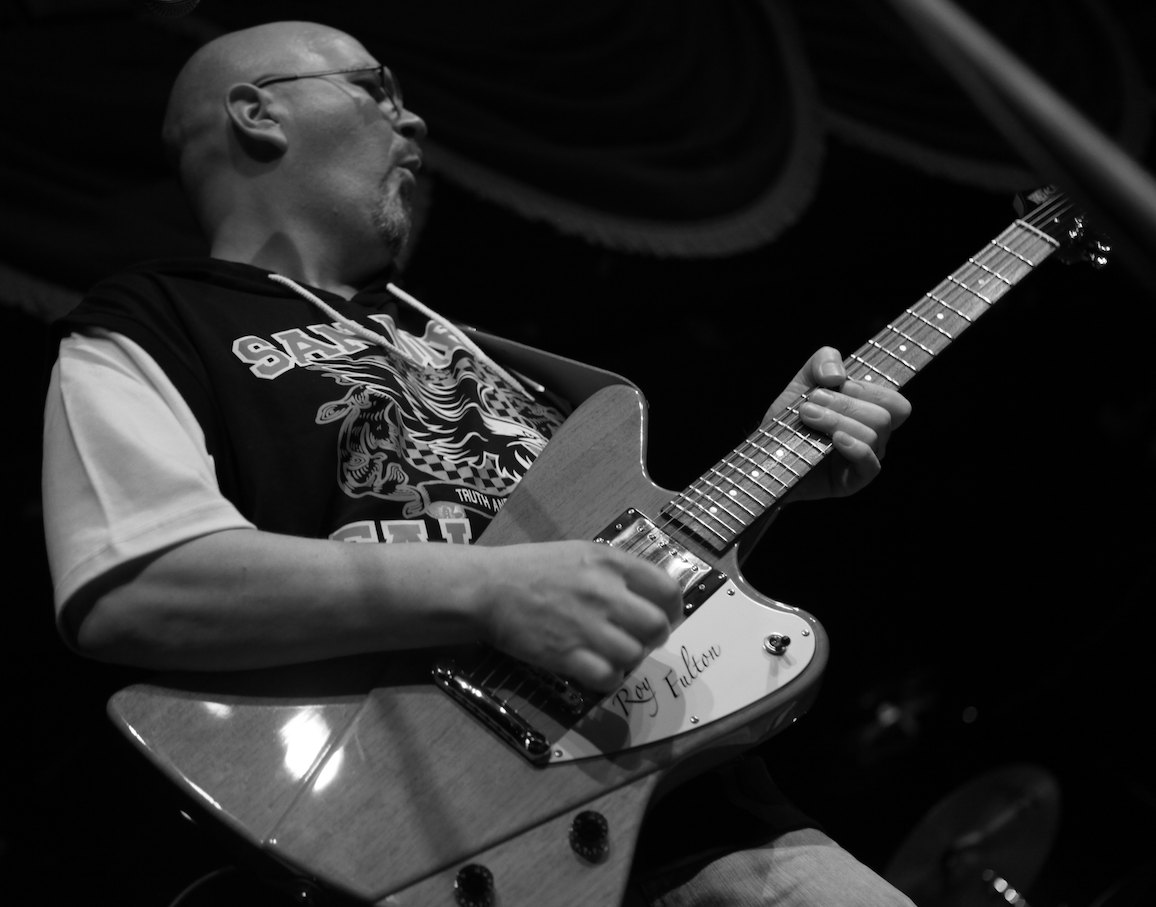 … this time we’re going to focus on similar exercises using a four-note pattern (but still over three strings) in sixteenths.

Take four QUARTER notes and divide each of them into a group of four.

We end up with:

The new pattern will be as follows:

While playing the D, G and B strings, concentrate on the following pattern order:

While playing the A, D and G strings, concentrate on the following pattern order:

Spend some time on Ex1 to perfect the hybrid picking pattern.

Make sure this feels comfortable before moving on to the remaining examples.

Although at times, practicing this way can feel regimented and quite restrictive, with a bit of effort, these will start to feel natural and fall into place.

The patterns are predictable and repetitive, but therein lies their strength. They are an excellent foundation to build upon and will ultimately give you the freedom and ability to use the hybrid picking technique in a way that’s free-flowing and musical.