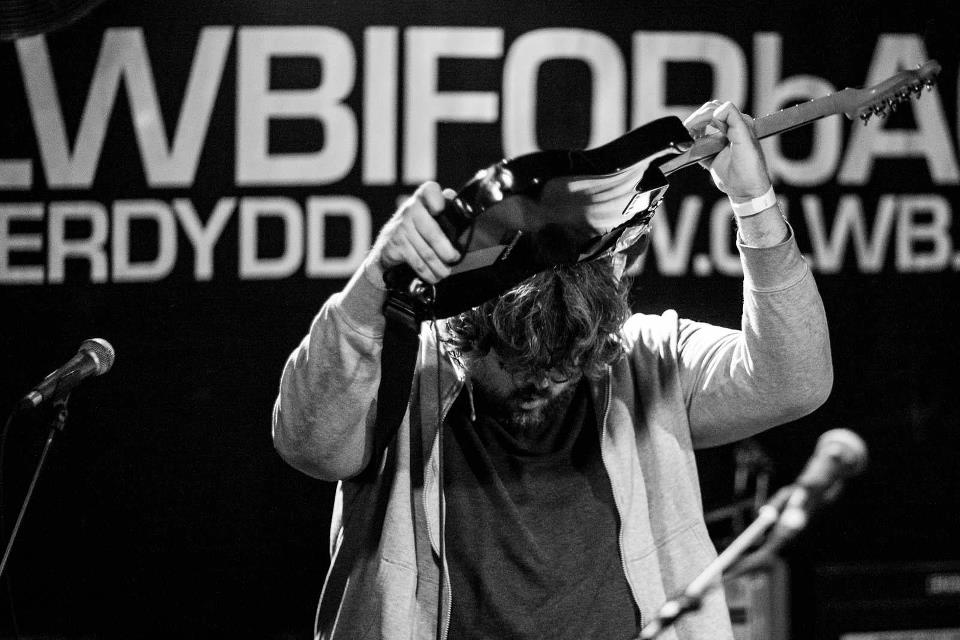 When I’m playing on other people’s records I’m often asked to come up with an interesting guitar solo, but the person asking doesn’t always know what they actually want.

You have to ask and get some reference points. It might be ‘Derek Bailey meets East Bay Ray’ or ‘Bob Mould playing through a broken television’ or even ‘just something interesting’. In this lesson we’ll look at a few ways to craft an interesting solo, one that can really lift a song. Here are three ideas you can try:

An interesting or unusual sound can help a solo to really stick out, whether it’s a classic fuzz, a crazy harmoniser or a bit crusher. Listen to the other instruments in the mix and really think about what will make your lead break stand out.

It’s all about context. Eddie Van Halen’s solo on Beat It by Michael Jackson stood out because it was on a pop/R&B tune; if it had been on a rock song, it wouldn’t have been such a big deal. A distorted rock solo on a pop tune was unusual back then. What can you do with your tone that’s unusual and remarkable now?

“Eddie Van Halen’s solo on Beat It by Michael Jackson stood out because it was on a pop/R&B tune; if it had been on a rock song, it wouldn’t have been such a big deal.”

2. Choose Interesting Notes Rather Than Obvious Ones

Try to make your note choices as interesting as possible. If you want to play something really dissonant, or ‘out’, know what the most ‘in’ notes are. Refer back to the arpeggios of the chord you are soloing over.

For example, if you are in the key of A minor, the most ‘in’ notes are A, C and E (the notes of the triad A minor, which are the root, minor third and fifth, respectively) followed by B (2nd), D (4th) and F# (6th). If you play a b9 (A# in Am) or b5 (D# in Am) it’ll sound rather dissonant, but if we play one of the notes of our triad (A,C,E) next to it, it’ll bring the listener back home (and make it sound like we know what we’re doing). If you want to play something really out of key, it often sounds more effective next to something joyous and melodic.

Another important element is phrasing. You can get away with very dissonant runs if you phrase them in an interesting way. Pause and hover over the beat. Listen to the way Miles Davis phrased his trumpet solos or how John McLaughlin plays. They leave gaps and often have clear ends and beginnings of phrases. Listen to how vocalists or sax players phrase lines – they breathe and naturally end and start phrases in a conversational way.

“People still talk about these solos 35 years after they were recorded.”

If you listen to Robert Fripp’s solos on David Bowie’s Scary Monsters, he’s often combining all of the above elements in a pop context. People still talk about these solos 35 years after they were recorded. Sometimes it’s better to stand out, to be remarkable, rather than playing it safe. Try taking some chances and moving away from pentatonic boxes and classic tones, and you’ll have a better chance of being remembered. Be brave!

Matt Stevens is a regular columnist for Acoustic magazine and an instrumental guitarist signed to Esoteric/Cherry Red Records. He plays in the band The Fierce And The Dead and was voted 5th best guitarist by the readers of Prog Magazine in 2014, alongside Guthrie Govan, Steve Howe and others.