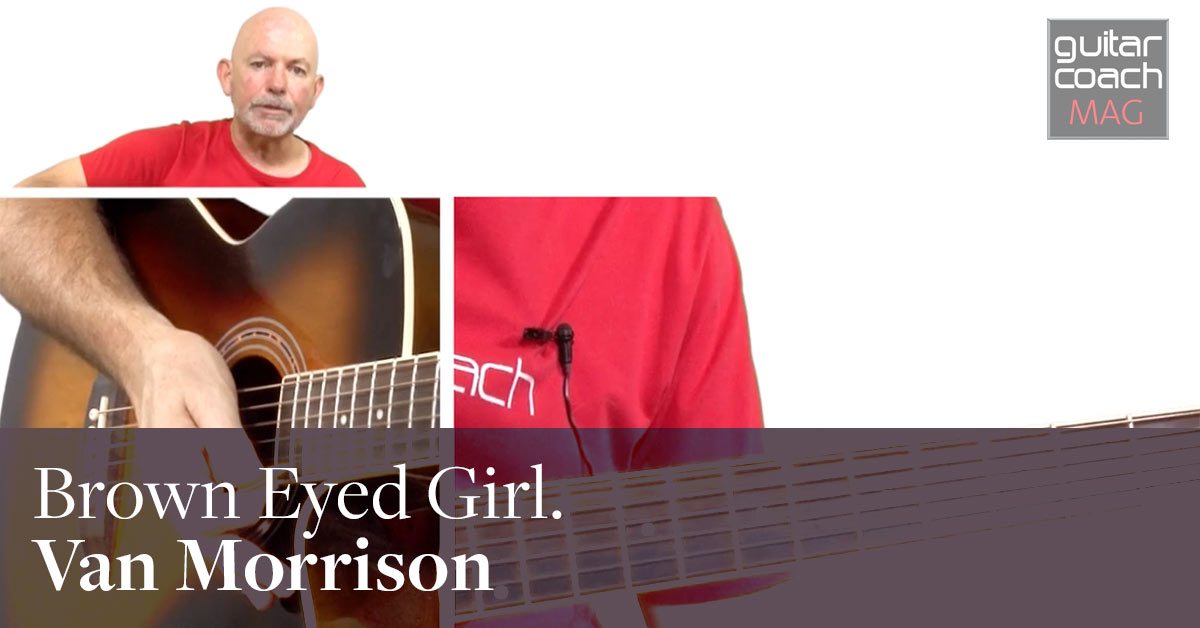 If you ask anyone to name a Van Morrison song, you can bet your bottom dollar most people would say Brown Eyed Girl. The iconic intro (using double-stops) along with the unforgettable melody and sublime lyrics, make this a must learn easy guitar song.

Brown Eyed Girl was written by Morrison, recorded in March 1967 and released as a single in June 1967, peaking at No. 10 on the Billboard Hot 100. It has been recorded by hundreds of artists and, believe you me, this is not an exaggeration.

The song’s nostalgic lyrics about a former love were considered too suggestive at the time to be played on many radio stations. A radio-edit of the song was released which removed the lyrics “making love in the green grass”, replacing them with “laughin’ and a-runnin’, hey hey” from a previous verse. This edited version appears on some copies of the compilation album The Best of Van Morrison.

Simple chords and strumming patterns mean Brown Eyed Girl is a must for all beginner guitarists, and is all the more appetising because of the sing-a-long chorus. A few beers, campfire burning and willing joiners to “your” tune. What is there not to like?

So to get started, let’s have a look at the chords.

The chords for Brown Eyed Girl are not too complicated to learn, and the rhythm pattern is relatively straightforward. However, if you listen intently enough, you will hear the great underlying electric guitar which picks out notes that resemble the actual melody. Once you learn to play the song, it will enable you to ramp up your skills to the next level and have a crack at playing the intro and underlying picking guitar.

The original was recorded at 148bpm. Chord diagrams generated from Guitar Toolkit (a great App!) 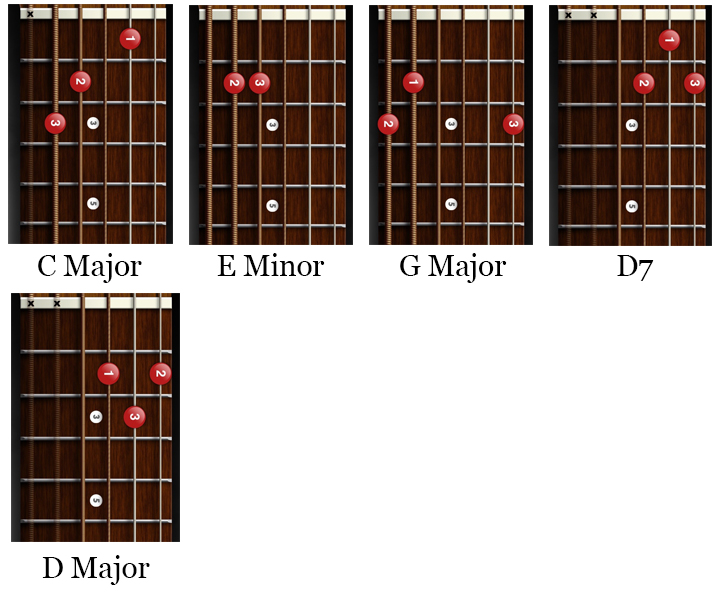 The basic strumming pattern is relatively easy to master, with a couple of embellishments to add to some colour to what you are playing.

The basic pattern looks like this: D D U U D U. And to help you along, here is the structure of the song.

D7
Do you remember when … we used to sing

If you’ve enjoyed this lesson then check out more of our easy guitar songs: