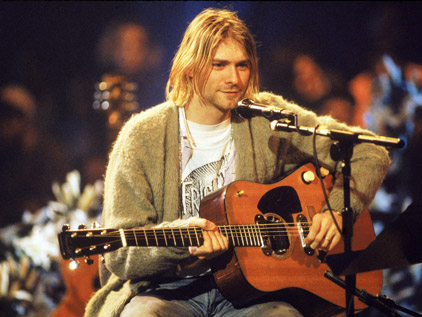 Start here.  10% of us our left handed.  That makes about 32 million of us in America. When I started out wanting to learn guitar, I asked folks if I should learn left handed, or as a righty.  I was given the advice to try and learn as a righty. Actually, it may not have been advice.  I may have been forced, I don’t remember exactly.  My brother had an old acoustic he never touched, so I learned on that.  So, odds are that is what drove my choice.  I 100% agree with that 25 years later.

Allow me to explain why.

First off, not being a dominant righty will not hinder your ability on any level.  To this day, I still can’t do a damn thing with my right hand.  Think of all the stuff your left hand would do on the fret board.  It takes major hand strength and dexterity to hold those chords down and move around the neck comfortably, especially if you are just learning.  In that sense, I think being a dominant left handed person is a plus.  All of the hard work is being done by the left hand.

There are also SO many practical reasons to learn as a righty.

First is just availably of guitars.  Guitar center, for example, has about 200 hundred guitars on their wall here in town.  Of those, 6 are lefty guitars. Left handed guitars are generally more expensive, for absolutely no good reason.  It is exactly same the hardware. So, you don’t get much choice. I love to go into guitar shops and play around with all the guitars.  I wouldn’t be able to do that if I played left handed.  Think of rare and expensive guitars – like a Gibson double neck that Jimmy Page made famous.  I doubt you will find one of those in left handed.  I know you don’t care about it now, but down the road you will.

The other part is the practical nature of learning with the majority.  You can play other people’s guitars, and they can play yours.  Let’s say you get invited up on stage to jam, in time you will, I promise.  Odds are that person/band doesn’t have a lefty guitar.  Are you doing songs camping, or at the beach?  We pass the guitar around to those who can play.  Everyone does a song, and then passes it over.  I could not do that if I had learned as a lefty.

So, it is a practical decision.  I am confident there are absolutely no deficits, physical or mental, that would keep you from being a 100% awesome guitars by learning opposite how the others do.  Also, you are a lefty, so you have a VERY adaptive brain.  I have been studying the neurology of left handedness for about 20 years.  You are an exquisite and adaptive animal that has learned to thrive in a right handed culture.  Odds are against you as a lefty in society..  Lefties stutter, die younger, and are more prone to alcoholism.  However, they are also considerably more creative.

Do you know what the Latin word for left handed is?  Sinister.  Yeah, sinister doesn’t mean evil or bad.  It means left handed.  Latin for right?  Dexter.  To have dexterity simply means to be right handed.  So, even language is biased against.

You are also in good company as a musician, though.  Jimi Hendrix, Paul McCartney, Tony Iommy, and Kurt Cobain are all lefties.

Kevin ‘Lono’ Lang lives on a small ranch just outside  Denver, CO with wife and dogs and horses. He has been playing for 25 years. He actively plays both guitar and bass in Denver rock band ‘ClownFight’.