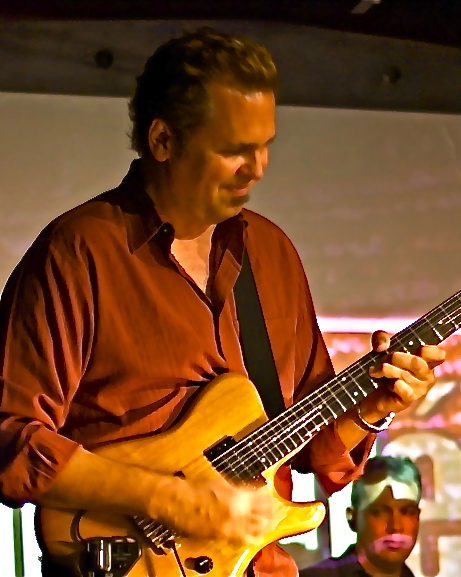 The Best Way to Learn Guitar 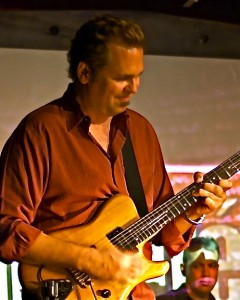 There is an amazing amount of guitar information everywhere these days, so what I want to talk about is the best way to learn guitar from whatever source you choose, because there are universal principles for learning that are true for everyone.

The most important thing is to understand how the brain learns things, so you can use it to best accomplish your goals rather than work against them – yes, if you do things wrong, you will severely delay playing the way that you want to. The first thing to consider is that the brain doesn’t know the difference between what you MEANT to do and what you DID, and sees what you did as what you wanted. What that means very simply is this: NEVER PRACTICE MISTAKES. That sounds simple to say, but what does it look like?

First, look over what you are learning and visualise how to play it in your head. Then, play through as slowly as you need to play to not make mistakes. If you DO make mistakes, you will have to reprogram them by replaying the passage correctly as many as 24 times. It’s a huge waste of time to try to play too fast, so tell your inner voice that says that you should be able to play it faster to shut up and you WILL play it faster after you have it down.

It’s also really helpful to break whatever you are learning into small “chunks” of musical ideas. After you have a couple of chunks down, then begin to string them together, focusing on time, feel, and overall sound, and use a metronome or drum loop if possible.

If there are any sections that are especially difficult, look at changing the fingering, picking, etc. to find something that is easier for you. One thing I have always taught is that I have never seen anyone play anything hard to do on the guitar, they just do easy things very well. What that means is that they do things the way that the human body is made to do them, not just the only way that someone showed them or they read on some free guitar tab off the internet. What I am talking about is reducing unnecessary movements like really wide pick strokes (your pick stroke shouldn’t go much more than a pick’s width above or below the string) or lifting your fingers very high off the strings.

Another very important thing in the fretting hand is what I call a sort of “walking” motion between notes. What I mean by that is to keep one finger down on the string (sort of like one foot being on the ground) while the other finger is in motion to the next note, and not lifting the first note’s finger until the next note’s finger is down. Besides reducing the unnecessary motion in your hand (and the smaller the motion, the faster you can do it – right?), it will make your playing much more legato, meaning that every note will last longer.

It’s also really valuable to change up what you are practicing after no more than 5–10 minutes. Besides allowing you to practice more things longer by reducing boredom for your brain, you will find that you are better when you come back to something you were practicing before, because you subconscious brain is actually still working on it after you stop.

These things might seem overly simplistic but I invite you to think about them and try them with the next new thing you try to learn. These principles are not “jazz” or any other genre of music, they work no matter if you are trying to learn an Eddie Van Halen lick or an Irish fiddle reel – don’t laugh, they’re pretty hard to do fast. I think giving all of these concepts a try will really make an amazing impact in your playing – give them a try!

Doug Perkins is a partner in JazzGuitarSociety.com, a site that presents world-class jazz-oriented guitarists teaching their specialties in master-class videos. JGS gives a “big boutique music school” experience to people all over the world on their computer desktops. He was a staff instructor at Hollywood’s Musician’s Institute for many years and also won their Outstanding Guitarist of the Year when a student there. Doug has written hundreds of tracks that are in use in film, TV and advertising all over the world, and has performed with artists like Robben Ford, Joe Diorio, Scott Henderson, Shelly Manne, Justo Almario, and Tommy Walker.